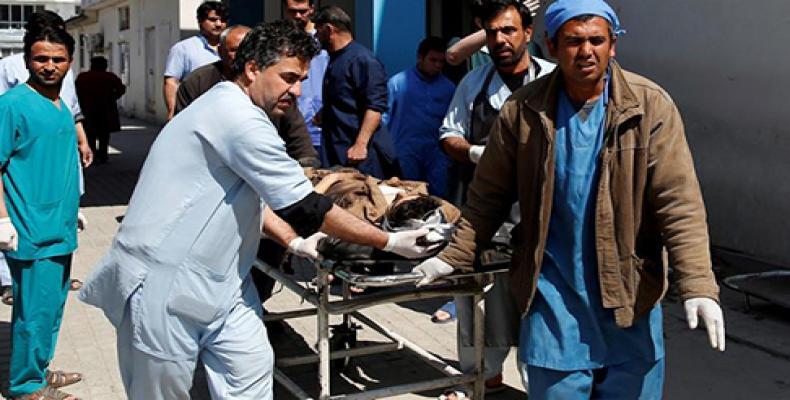 Kabul, March 21 (RHC)--At least 26 people have been reported killed and 18 others wounded in a mid-day explosion in the Afghan capital, Kabul.

Officials said a - A suicide bomber blew himself up near a Shi’ite shrine. The attack happened as many Afghans are marking the Nowruz holiday, a celebration of the start of spring.  Last Tuesday, on the eve of Nowruz, interior ministry officials had said that there was enough security for the celebration.

In Cairo, militant group Islamic State claimed responsibility for the attack, its Amaq news agency said. An affiliate of the group has claimed previous attacks on Shi’ite targets.