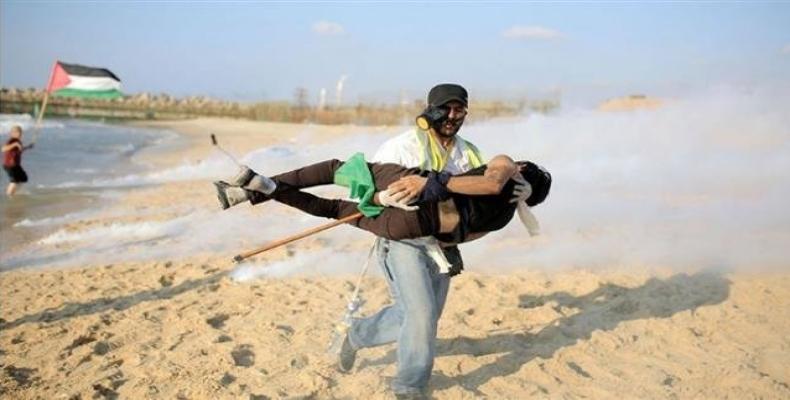 Gaza City, December 18 (RHC)-- Israeli soldiers have wounded at least 22 Palestinians in an attack on demonstrators that had gathered along Gaza’s territorial waters to stage a new protest against the Israeli occupation.

The injuries took place on Monday afternoon, when hundreds of Palestinians participated in the 20th weekly naval march in the northern Gaza Strip against the crippling blockade of the coastal enclave.

Medical sources in Gaza confirmed on Monday that 22 Palestinians had sustained injuries, three of them with Israeli live bullets and 19 with rubber-coated steel bullets or teargas inhalation.

In May 2017, Israeli authorities increased the fishing area for Gaza fishermen to nine nautical miles.  The Gaza Strip has been under an Israeli blockade since June 2007. The blockade has caused a decline in the standard of living as well as unprecedented levels of unemployment and unrelenting poverty.