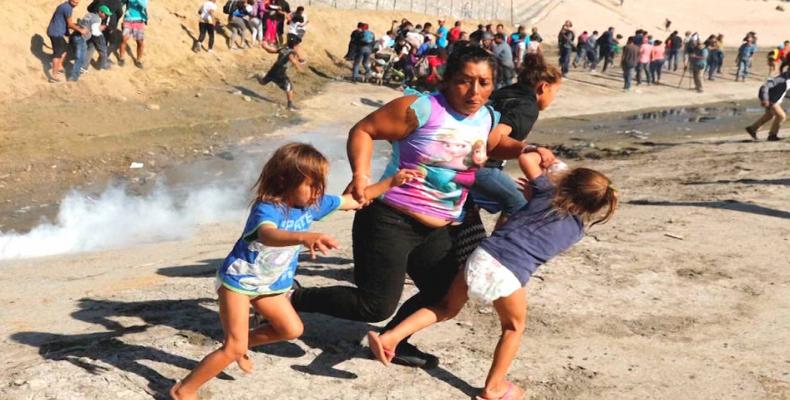 Maria Meza, a 39-year-old Honduran woman, was captured in a Reuters photograph that went viral in November.  It shows Meza rushing her two young daughters to safety as a cloud of tear gas spreads nearby.  The photo drew international outrage and highlighted the plight of thousands of migrants living in squalid encampments in Tijuana awaiting their turn to apply for asylum in the U.S.—a right enshrined under international law.

Earlier this week, Meza and her five children were allowed to apply for asylum, but only after Democratic Congressmembers Jimmy Gomez and Nanette Barragán intervened on her behalf.  The lawmakers camped out overnight with Meza’s family and other migrants on U.S. soil near the Otay Mesa Port of Entry, surrounded by metal barriers and border guards in riot gear.

Rep. Jimmy Gomez said: “What the U.S. policy is, is that you can turn yourself in at any port of entry, and they have to process you.  What we’re seeing here is that they’re saying that they don’t have the capacity.  But that doesn’t seem to be the case, because no one has been allowed in to see if they have the capacity.  So we’re here to observe, to make sure that they’re following U.S. law and international law.”