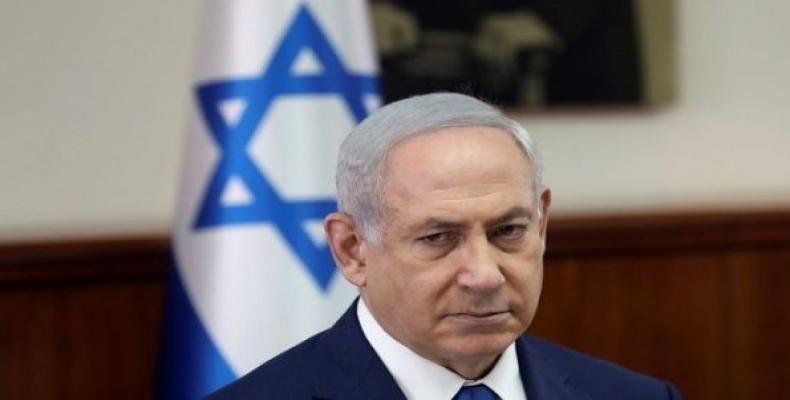 Tel Aviv, December 26 (RHC)-- Israeli Prime Minister Benjamin Netanyahu’s much boasted about coalition has collapsed and an early general election was decided for April 9th.  The elections were supposed to be held in November.

A common refrain made by Netanyahu since the last elections in 2015 is that his coalition will last for four years, a fact that has not yet materialized.  "With God's help, we will win," said the prime minister who wants to form the same coalition after elections.

But there has long been speculation that the right-wing leader, who has three corruption allegations, could call an election before the attorney general can decide whether to follow police recommendations to indict him.

"The voters, I think, understand exactly what we have done for Israel," Netanyahu told lawmakers from his Likud party Monday.  "We are coming to ask for a clear mandate from the voters to continue leading Israel our way."

No one in Netanyahu’s Likud has made a public challenge against him. Outside Likud, Yair Lapid, head of the centrist Yesh Atid opposition party, is seen as the strongest candidate to succeed Netanyahu.

Former army chief Benny Gantz is seen as a potential candidate but has not yet thrown his hat in the ring.  On the right, Lieberman and Naftali Bennett, head of the Jewish Home party, could both seek to head a right-wing bloc.

Netanyahu has been in power for three consecutive terms since 2009 and also led Israel from 1996-1999.  A fifth election victory would give him the most in Israeli history.