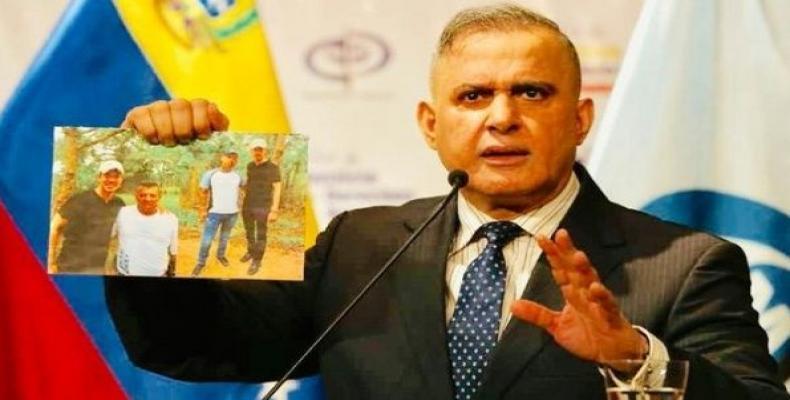 Caracas, September 19 (RHC)-- The head of the Venezuelan Public Ministry Tarek William Saab said Thursday that an investigation has been opened relating to opposition lawmaker Juan Guaido and his links to 'Los Rastrojos' -- a narco-parliamentary organization operating on the Colombian-Venezuelan border.  The top prosecutor also said new images showing Guaido with leaders of the narco-parliamentary organization will be included in his office's probe.

Earlier, the Minister of Interior Nestor Reverol affirmed that Guaido's trip from Venezuela to Colombia on February 22nd, was an "extraction operation made by narco-paramilitaries that provided him with security."

The lawmaker, who had illegally declared himself "interim president" of Venezuela in January, was heading to the Colombian city of Cucuta to attend the concert 'Venezuela Aid Live.'

Saab spoke of some images revealed in the TV program 'Con el Mazo Dando' hosed by the president of the National Constituent Assembly Diosdado Cabello a day earlier, where Guaido is accompanied by Jonathan Orlando Zambrano García, alias 'Patron Pobre' who is another member of the right-wing paramilitary group that operates between Colombia and Venezuela.  The photos showed Guaido and Zambrano García embracing, and others showed the narco trafficker in the driver's seat of a car in which Guaido was in.