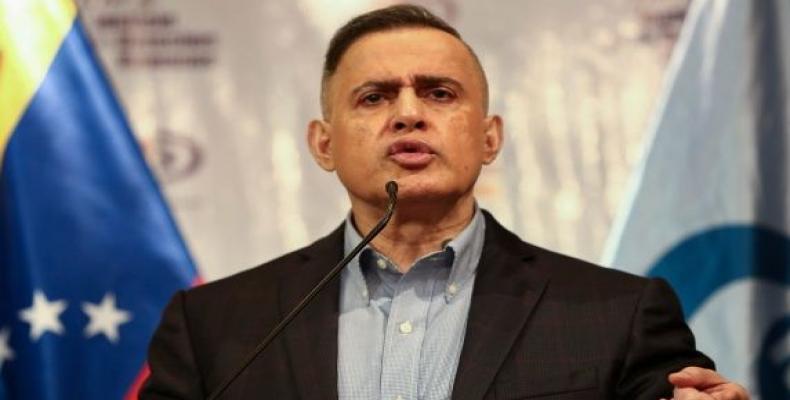 Caracas, March 31 (RHC)-- At a news conference in Caracas Tuesday morning, Venezuelan Attorney General Tarek William Saab announced that a summons has been issued for opposition leader Juan Guaidó to appear before a magistrate on Thursday morning.

An investigation has been opened and two prosecutors have been appointed to investiage and gather evidence from police files.  Arrest warrants have been issued for Clíver Alcalá Cordones and Antonio José Sequeda Torres, who were acting as leaders of a group of 90 mercenaries to carry out the actions from Colombia.

The two have been charged with the crimes of treason, illicit trafficking in weapons of war, terrorism, attempted assassination and criminal association.  "In the face of all this, the Colombian justice system is leaving the actions of the country's judicial authorities in a totally embarrassing situation," said the attorney general.

Saab stressed that in Colombia a foreigner confessed to several crimes and no authority took the decision to arrest him.  "In the midst of all this, he was not even subject to a subsequent investigation and the opening of a criminal prosecution as a detainee," Saab said.

In addition, Cliver was allowed to leave the country supported by foreign authorities without any legal process.  "It seems that U.S. authorities can arrest anyone in Colombia without the involvement of the Colombian justice system.  A fact that shows that Colombia is a colony annexed to the United States," the Saab said.