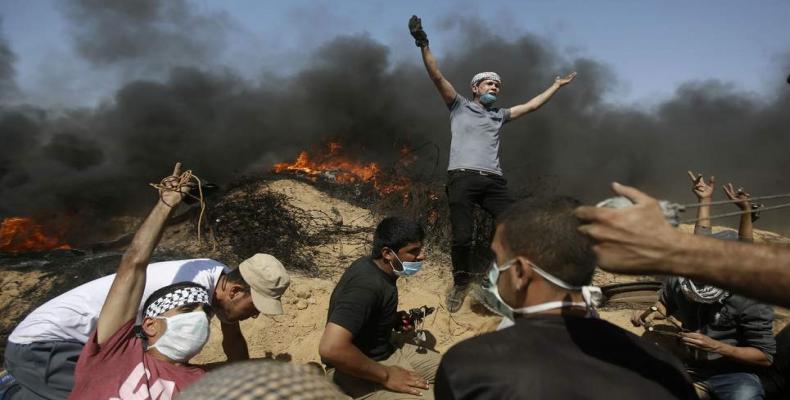 Geneva, March 20 (RHC)-- A United Nations commission has presented its full report on Israeli crimes in Gaza to the Human Rights Council.  The panel called on Israel to stop using live ammunition against unarmed protesters and to investigate the shooting of thousands of Palestinians.

Speaking in Geneva, Santiago Cantón, chair of the U.N. War Crimes Commission, said: “We believe that in situations of crowd control and in situations that we deem to be civilian in nature, if there are individuals in the crowds that may be legitimate targets, you still cannot shoot at the crowd, because you may shoot or kill innocent individuals.”

A summary of the report released last month found that Israeli forces may have committed war crimes and crimes against humanity by targeting protesters in Gaza with lethal force—including children, journalists and the disabled.

The report looked at Israel’s bloody response to weekly Great March of Return demonstrations launched by Palestinians in Gaza nearly a year ago targeting Israel’s heavily militarized separation barrier; it found Israeli forces killed 189 Palestinians—almost all of them with live ammunition.