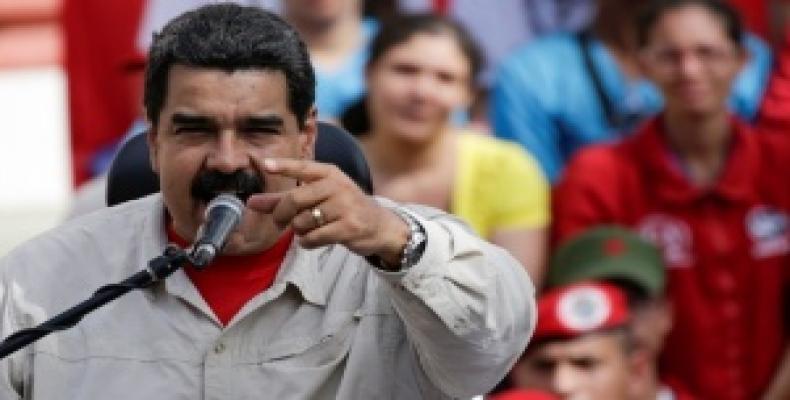 Caracas, April 8 (RHC)-- Tens of thousands took to the streets over the weekend in Venezuela to carry out the sixth consecutive anti-imperialist march, an event aimed at backing President Nicolas Maduro's administration and rejecting the interventionist policies of the United States and its regional allies.

On Saturday afternoon, the Venezuelan leader addressed the crowd directly, highlighting the importance of preserving peace in the country.  "We are going to defend peace in every corner, parish, municipality, avenue, community and neighborhood.  They are not going to take away our peace.  We are fixing the electrical system from the imperialist bestial attacks," President Maduro said and requested "maximum consciousness, nerves of steel, calm and wisdom!"

The Venezuelan leader also addressed the crowd on the current investigation of the attacks on the country's electrical system.  Stating that the most recent attacks were carried out via Chile and Colombia, with help of the U.S. government and denouncing them as acts of "cyber-terrorism."

The president asked the crowd if "the opposition thinks that the people will accept them taking power through terrorism?"  Self-proclaimed "interim-president" Juan Guaido has repeatedly shown his will to follow the guidelines of the U.S. administration and even threatened to ask for military intervention against his own country.