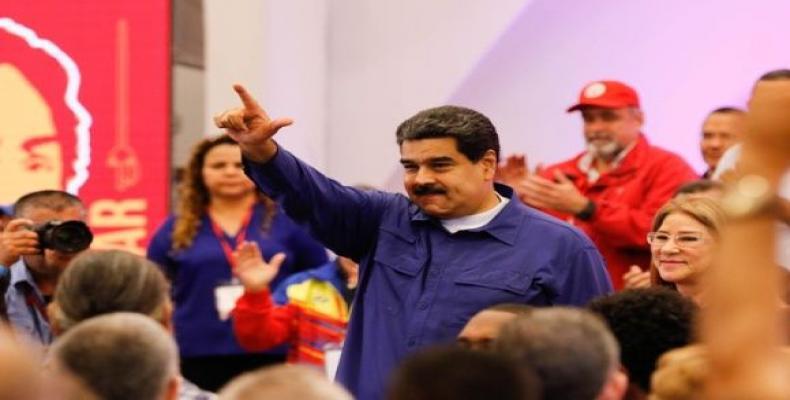 Caracas, Aug 3 (RHC) – Venezuelan President Nicolas Maduro met in Caracas with campesinos that had conducted a 21-day march to the government palace in Miraflores seeking to make their voices heard and asserting their rights.

After walking for 21 days and traveling more than 400 kilometers, the Campesino March finally arrived in the capital Caracas on Thursday.

"This march was necessary to awake the national consciousness of what's happening deep inside Venezuela, and lift the national struggle," Maduro told the Campesinos.

The Venezuelan president said an agenda will be drawn for solutions to be given to the problems brought up by the campesinos, with “concrete action on an agrarian policy, a production policy, and fair, constitutional and legal distribution of land in Venezuela."

Campesino communities provide 70 percent of the food consumed in the country and they have been key in helping Venezuela fight the economic and financial war that seeks to annihilate the Bolivarian experience.

Arbonio Contreras, one of the campesinos in the march, complained that the media had sought not to cover their protest and that only alternative media had reported about it.