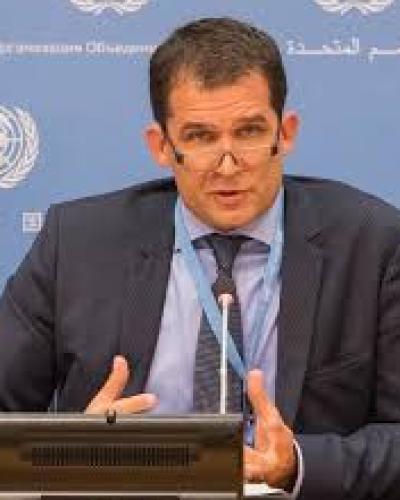 United Nations, April 10 (RCH)-- Fears over Julian Assange's expulsion from the Ecuadorean Embassy in London have been growing over the past few days, following threats by Ecuadorean President Lenin Moreno that he will "make a decision in the short term" on the situation of the Wikileaks editor.  The Ecuadorean president has argued that the Wikileaks founder has “repeatedly violated” the terms of his asylum in the country’s London embassy.  The statement was made following the release of the INA Papers, a publication which leaked private conversations of the president and his family, linking him to an off-shore company which allegedly received millions in dollars for illicit business deals.  As a result, the president is now facing a corruption probe.  Wikileaks argues the INA Papers publication is now being twisted against Julian Assange and used as a pretext to expel him from the Embassy. The organization tweeted Thursday that a high-level source within the Ecuadorean government revealed that the expulsion is being prepared "within hours to days." However, Wikileaks’ website or social media accounts never published press releases or images of President Lenin Moreno's private life. The page issued a single tweet on March 25, 2019, which reported that a "corruption investigation opened against Ecuador's President Moreno after purported leaked contents of his iPhone (Whatsapp, Telegram) and Gmail were published. New York Times reported that Moreno tried to sell Assange to the U.S. for debt relief." Nils Melzer, United Nations special rapporteur on torture, voiced concern that Assange’s health was in “serious decline” and that, if expelled, he is likely to be arrested by British authorities and extradited to the United States.