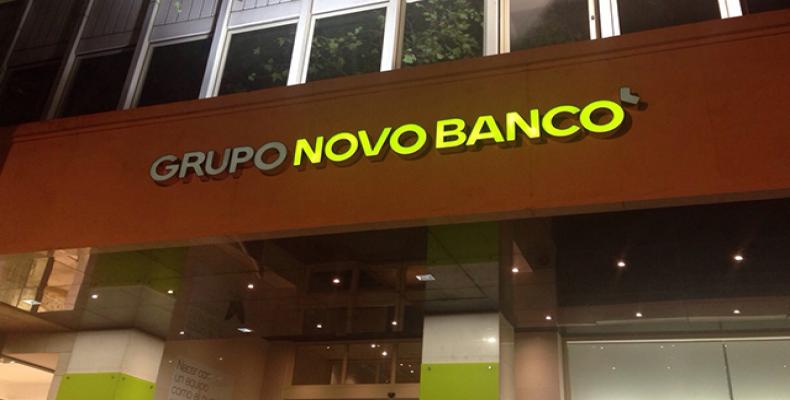 Caracas, May 15 (RHC)-- Venezuelan Foreign Affairs Minister Jorge Arreaza has reiterated that the illegal halt of a transfer of $1.7 billion U$D from Portugal's Novo Banco on May 10th affects all Venezuelans, and clearly shows that Portugal is following orders from the United States (U.S.) government.

Arreaza said that in Venezuela, banks do not receive orders from the Portuguese government, but it is evident that they do from the U.S. Theyve blocked, in a criminal manner, the resources of the Venezuelan people, Arreaza tweeted in response to his Portuguese counterpart.

Earlier this week, Portuguese Foreign Affairs Minister Augusto Santos Silva said that in Portugal, banks do not receive orders from the government and that disputes are settled in court. The government of Venezuela has already asked Portuguese authorities to release the state assets illegally withheld at Novo Banco.

Venezuelas foreign minister also stated that those assets are meant to import medicines, food, industrial goods, seeds, fertilizers, to pay salaries for workers, and other supplies in the normal course of the country, emphasizing the criminality and illegality of the U.S. blockade.

Since January 2019 alone, the Trump administration has slapped sanctions on the state-run Petroleos de Venezuela, S.A. (PDVSA), the country's Central Bank, and on individuals working in the country's mining and gold industry.

"I will never tire of denouncing the U.S. government for stealing more than $30 billion from Venezuela, tweeted Bolivarian President Nicolas Maduro, who added that his country will increase its defense against United States President Donald Trump's imperialist blockade that is "inhumane sabotage against all our imports."

The recent report, 'Economic Sanctions as Collective Punishment: The Case of Venezuela,' published by Columbia University economist, Jeffrey Sachs and Mark Weisbrot from the Center for Economic and Policy Research, revealed that 40,000 people may have died in the Latin American nation in the last two years because of the economic sanctions and overall blockade.

"It is hard to figure out how measures which have the effect of destroying Venezuela's economy can be aimed at helping the Venezuelan people, as claimed by the U.S. Treasury," United Nations (U.N.) Special Rapporteur on the negative impact of sanctions, Idriss Jazairy, warned on May 6th.