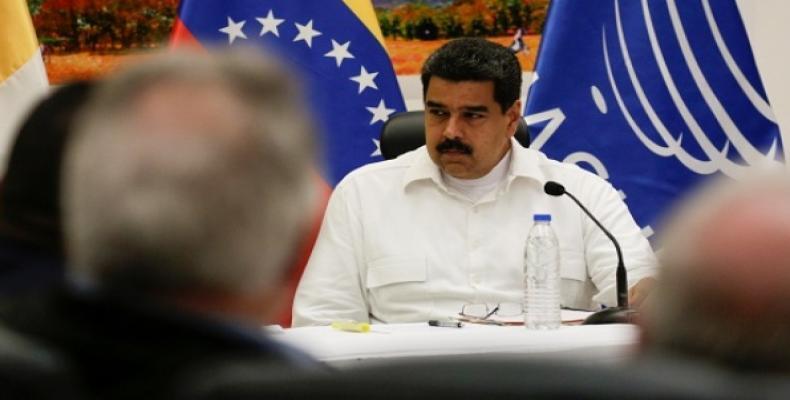 Caracas, November 4 (RHC)-- Venezuelan President Nicolas Maduro has rejected a deadline set by the opposition to possibly quit talks and return to street protests if its conditions are not met.

A coalition of opposition groups had been drawing people into the street for protests after authorities quashed its drive for a recall referendum against Maduro last month.  But it suspended street action when Vatican-backed talks began on Sunday.  The opposition coalition has warned, however, that on November 11, it would quit the talks with the government if Maduro failed to meet its demands by then.

Speaking on Thursday, the Venezuelan president criticized the deadline, saying "one cannot try to give the talks, peace, an ultimatum."  Nicolas Maduro said: "No one should leave the table, nor set an ultimatum."

The opposition has demanded the revival of the referendum and early presidential elections.  It has also demanded the release of what it calls "political prisoners" in the country.

The National Assembly, which is in control of the opposition, had voted last week to impeach Maduro over abandoning his "responsibilities." Maduro has described the trial as a "parliamentary coup" attempt against him.