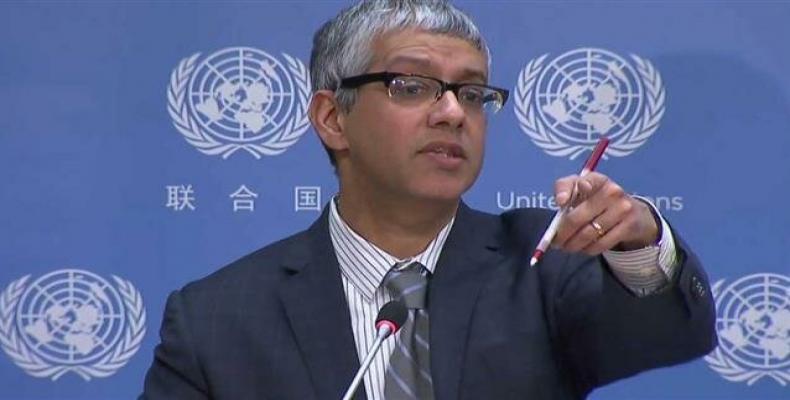 The US anti-Iran bullying has failed on all fronts as an international front against Washington's policies continues to grow, says Rouhani.

Haq made the comments a day after the top Iranian diplomat arrived in New York.

Tehran has said that the restrictions imposed on Zarif, travelling between the United Nations and the Iranian UN mission or the Iranian UN ambassador's residence, would not affect his “work schedule.”

"Putting restrictions on his presence in some streets in New York will certainly not affect his work schedule," said Iran's Foreign Ministry Spokesman Abbas Moussavi.

After his visit to the US, Zarif is scheduled to head to Venezuela, Nicaragua, and Bolivia.