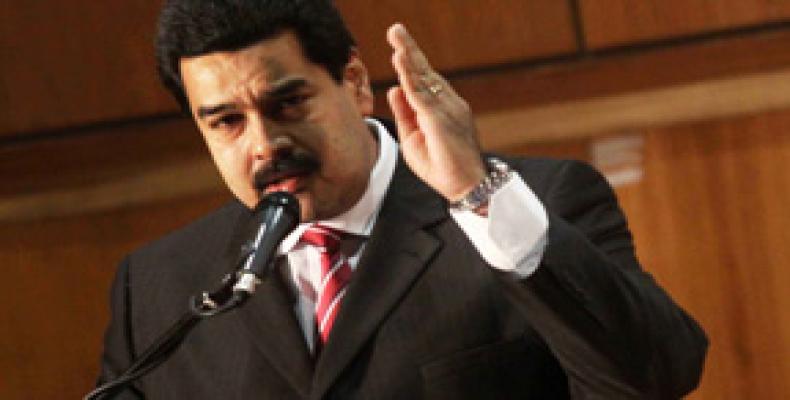 Caracas, August 15 (RHC)-- Venezuelan President Nicolas Maduro has denounced a plan directed by the former president of Colombia, Alvaro Uribe, to send in mercenaries in order to assassinate him and commit other violent acts to destabilize the nation.

Maduro said he has received intelligence information that indicated that the ex-president of Colombia and right-wing politician is trying to carry out the plot collaboration with the current ambassador of Colombia in the United States, along with Venezuelan ultra-right leaders.

"I have learned of a plan directed by Alvaro Uribe Velez with the participation of the Colombian ambassador to the United States, Franciscano Santos, who has discussed with Lester Toledo, a fugitive from Venezuelan justice, to enter Venezuela (with) 32 mercenaries to try to assassinate me and other leaders of the Revolution," said Maduro from the presidential palace in Caracas.  Maduro says that Uribe, who has strong links to extra-judicial killings and the narco-arms trade in his own country, was concoting this plan from his home in Antioquia.

The president said that Venezuela will overcome all violent and mercenary plans.  The claim comes days after seven Colombian paramilitaries were captured by Venezuela on the border between the two countries.  The paramilitaries were found with firearms, ammunition, vehicles and communications equipment.

Since July 24th alone, the Bolivarian National Armed Forces (FANB) of Venezuela have arrested 49 Colombian paramilitaries in their territory and seized almost 3,000 kilos of drugs.

Current Colombian President Ivan Duque, who many say is nothing more than a puppet of Uribe, has also participated in directly destabalizing Venezuela by taking part in the failed U.S. 'aid' mission to bring in truck loads of supplies from Cucuta, Colombia into Venezuela.