Israel bars U.S. representatives from official trip to West Bank due to their support for Palestine 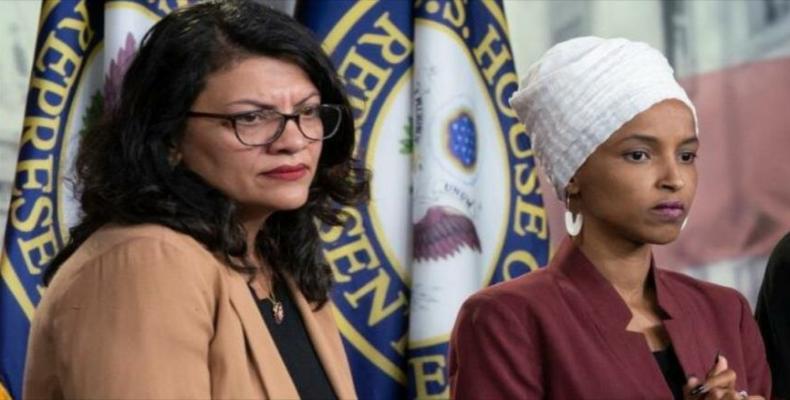 Washington, August 16 (RHC)-- In the U.S., Congresswoman Rashida Tlaib has rejected an Israeli offer to visit her family in the West Bank on humanitarian grounds, one day after Israel barred her and fellow Congresswoman Ilhan Omar from entering Israel to travel to occupied Palestine for an official trip.

Israeli authorities say Rashida Tlaib will now be allowed entry on humanitarian grounds to visit her ailling 90-year-old grandmother, on the condition that she does not promote the Boycott, Divestment and Sanctions movement during her visit.

Israel’s initial decision was widely denounced even by AIPAC, the American Israel Public Affairs Committee. On Thursday, Tlaib tweeted that Israel’s decision to bar her and Omar was “a sign of weakness [because] the truth of what is happening to Palestinians is frightening.”

The prominent Palestinian diplomat Hanan Ashrawi decried Israel’s initial decision.  She said: “This is really unacceptable.  It’s a direct insult to the American people.  It’s a direct insult to the representatives of the American people.  And it’s a way in which Israel shows that it is a dictatorship that cannot tolerate any criticism, and that it will prevent anybody from interacting with the Palestinian people or seeing the reality of this cruel and illegal occupation on the ground.”

The family of Rashida Tlaib in the West Bank has also expressed outrage that the congresswoman must accept conditions on her visit.