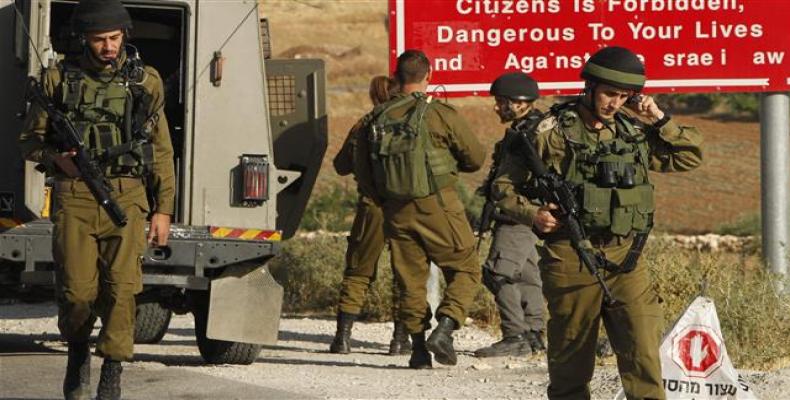 Ramallah, June 9 (RHC)-- Israel says it will prevent tens of thousands of Palestinians in the occupied West Bank from visiting their relatives in the besieged Gaza Strip.  The decision, announced in a statement on Thursday, came after at least four Israelis were killed and several others injured during a shooting attack at a shopping center in Tel Aviv on Wednesday night.

The statement said Tel Aviv had suspended 83,000 entry permits for Palestinians during the fasting month of Ramadan and canceled its easing of security measures for the Gaza Strip.  Palestinians are particularly barred from visiting Haram al-Sharif or Temple Mount in al-Quds Jerusalem, the statement noted.

Under the new repressive measures, Israel has also frozen 204 entrance permits for Gaza-based relatives of the alleged attackers, who had planned to visit the occupied territories and holy sites.

Tensions have mounted in the occupied territories amid a stepped-up expansion of settlement construction by Israel and frequent raids on sensitive worship sites of the Palestinians by Israeli extremists.

At least 213 Palestinians, including children and women, have lost their lives at the hands of Israeli forces in what is regarded as the third Palestinian Intifada, or uprising, since the beginning of last October.

The spark for the uprising came in August last year when Israel imposed restrictions on the entry of Palestinians into the al-Aqsa Mosque in Jerusalem.