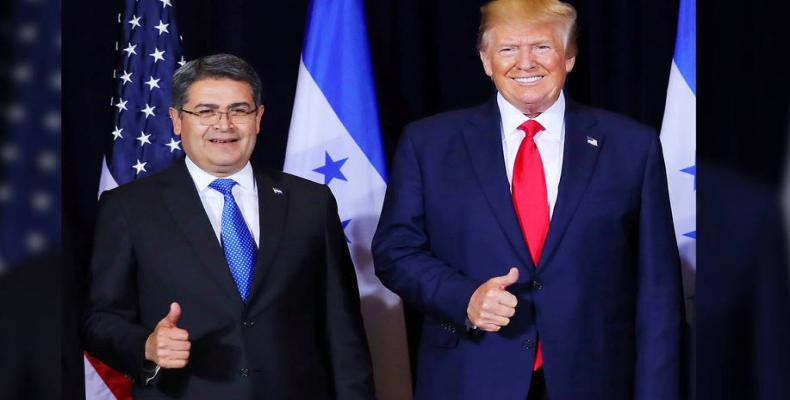 “Hernandez cannot continue exercising the Presidency of the Republic.  He must immediately leave office.  A democratic transition must be initiated so that the country can overcome its crisis,” the Liberal Party holds.

“Hernandez can no longer make use of the country's institutions and public resources to address a strictly personal matter," the Honduran Liberal Party said.

"The more they look for the Suns 'Cartel, the more people like Juan Orlando Hernandez, who is soiled with drugs to the eyebrows, are unveiled!  What will the Lima Group say about this criminal!!  Honduras' president received 1 million from 'El Chapo' to protect drug traffickers."   "It is shameful and unacceptable that the Presidency issues an official statement disqualifying, without any argument, news from first-level agencies and outlets which have objectively reported accusations made a in the Court,” the opposition party added.

U.S. jurors also heard testimony from drug trafficker Victor Hugo Diaz, who said he gave $40,000 to JOH's congressional campaign in 2005 at Tony's request.  Diaz also testified that he worked together with the President's brother to traffic about 140,000 kilograms of cocaine to the U.S. from 2004 to 2016.

Despite all the evidence, however, President JOH, who began his second term in January 2018 amid electoral fraud allegations, has yet to be charged with a crime.