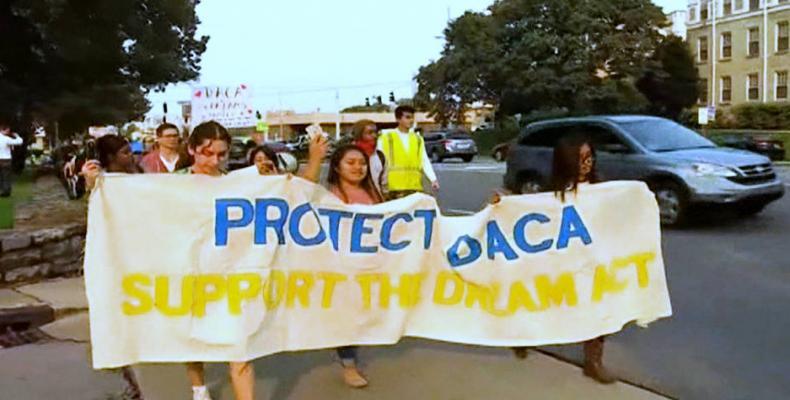 San Francisco, November 9 (RHC)-- Undocumented students across the United States walked out of their classes in solidarity with immigrants who have Deferred Action for Childhood Arrivals, an Obama-era program that grants work permits and deportation relief to nearly on million undocumented people who were brought to the country as children.

Next week, the U.S. Supreme Court will begin to hear oral arguments in lawsuits demanding the Trump administration preserve DACA, which Trump tried to kill in 2017.  Under the banner of “Home Is Here,” dozens of immigrants with DACA have led a 16-day march from New York to Washington, D.C., to pressure the Supreme Court to save the program.