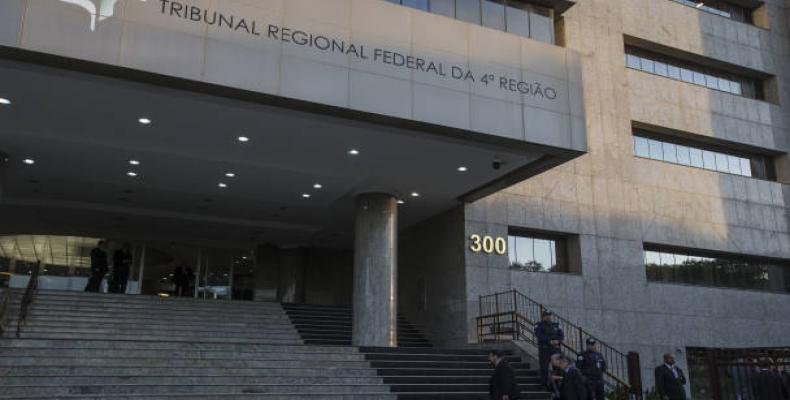 Brasilia, November 28 (RHC)-- A regional court in Porto Alegre voted Wednesday in favor of prolonging former President Luiz Inacio Lula da Silva's prison sentence in the so-called case of Atibaia from 12 years and 11 months to 17 years, one month and 10 days.

All three judges voted in favor, reported judge Joao Pedro Gebran Neto, who voted first and had previously rejected evidence provided by Lula's defense.  The Workers Party's leader can now appeal the sentence and does not have to return to prison at this point.

The piece of evidence consisted of dialogues, exchanged through the Telegram application, which suggested collusion between then-judge Sergio Moro and the prosecutors lead by Deltan Dallagnol, coordinator of Lava Jato, which compromised the impartiality of the decisions against the former unionist.

In February, the founder of the Workers' Party was sentenced to 12 years and 11 months in prison in criminal proceedings for the reforms carried out at the Santa Barbara estate in Atibaia, which was allegedly handed over as a bribe.

Lula has always declared his innocence and that he is the victim of judicial and political persecution that seeks to avoid his return to the presidency. Before announcing the extension of the sentence, the judges rejected the possibility to cancel Lula's sentence.

"I will win every single against me, unveiling their lies.  My innocence is proven in the expedient of the case.  They don't have evidence, they have an argument: Lula cannot be released," Lula stated on Twitter.