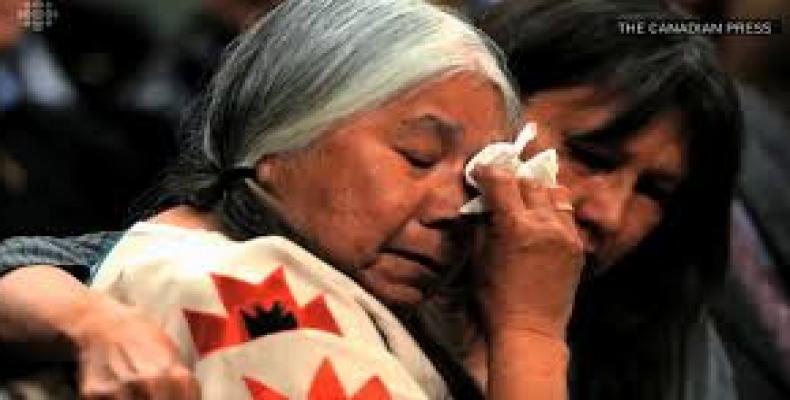 Ottawa, January 24 (RHC)-- Although Indigenous people account for only five percent of the general Canadian population, they represent more than 30 percent of the detainees in the country's prisons, a report released by a federal watchdog revealed.

The correctional investigator of Canada Ivan Zinger described what he called “the Indigenization of Canada’s prison population” as “nothing short of a national travesty.”  In the provinces of Manitoba, Saskatchewan, and Alberta, the figures are the highest as Indigenous people make up 54 percent of the population in prisons. In Quebec too the group is still overrepresented with 15 percent of the inmates being Indigenous, though the province has the lowest rate.

The imbalance in convictions is due to various factors including poverty and racism in policing.  But the disproportion doesn’t end there. Once in detention, Indigenous people face other injustices.  They are more likely to be sent in maximum-security facilities and are disproportionately subject to harm, whether it is self-induced or due to incidents involving “use of force.”  They also face a much bigger probability to be placed in solitary confinement.

The report also found that the proportion of the incarcerated indigenous population has been steadily increasing over the past decade, reaching new historic highs.  Since April 2010, the rate of Indigenous individuals in jails rose by nearly 44 percent, while the number of non-Indigenous incarcerated people has declined over the same period by 13.7 percent.

The Correctional Investigator referred to these trends as “disturbing and entrenched imbalances,” adding that the numbers are even more troubling for Indigenous women, who now account for 42% of the women inmate population in Canada.

“In failing to close the outcomes gap between Indigenous and non-Indigenous offenders, the federal correctional system makes its own unique and measurable contribution to the problem of overrepresentation,” Zinger said. “[The system] needs to accept its share of responsibility, recognizing that tweaks around the edges of the system simply won’t cut it.”

Although Prime Minister Justin Trudeau campaigned in 2015 on a pledge to curb the countless injustices Indigenous peoples face in the North American country, the number of inmates has been steadily growing under his administration.

“It is not acceptable that Indigenous people in this country experience incarceration rates that are six to seven times higher than the national average.  Bold and urgent action is required to address one of Canada’s most persistent and pressing human rights issues,” Zinger concluded.