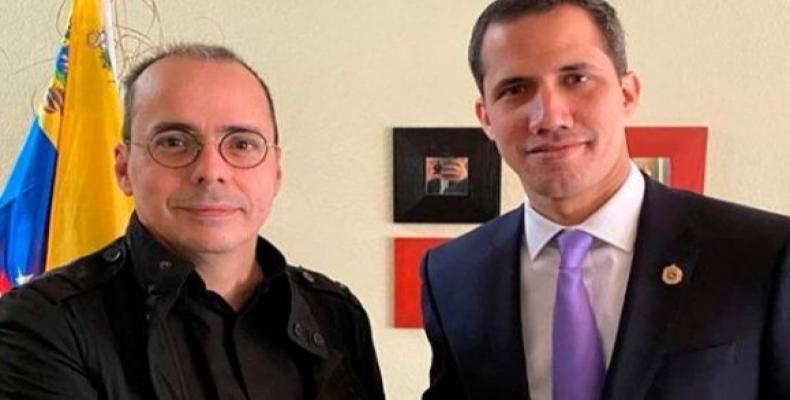 Washington, May 13 (RHC)-- U.S.-based advisers to lawmaker Juan Guaido have handed in their "resignations" over the foiled May 3rd coup attempt and their involvement in hiring mercenaries to carry out the plot aimed at assassinating Venezuelan government officials and the president.

Venezuelan opposition leader Juan Guaido has reportedly accepted the resignation of Juan Rendon, thanking Rendon and another exiled legislator, Sergio Vergara, who also resigned from the opposition's "crisis strategy commission," for their "dedication and commitment to Venezuela."

J. J. Rendon confirmed to the Associated Press that he did pay the former Green Beret $50,000 U$D as requested to cover initial expenses.  Goudreau acknowledged the payment to the AP and other media.  He said that the so-called 'Operation Gideon' had been coordinated with Guaido who signed a contract on October 16, 2019 for $212 million.

Goudreau released the signed contract in which his company, Silvercorp USA, was hired to provide services, including “strategic planning,” “equipment procuring” and “project execution advisement,” by none other than Juan Guaido himself, who has resorted to denying everything despite physical evidence and testimonies from his own team.

"Silvercorp wanted to cause violence with Guaido’s endorsement.  He wanted to kill me," President Nicolas Maduro denounced over the weekend, as more details about the latest destabilization attempt surfaced.

So far, 31 mercenaries have been arrested, including two U.S. ex-Green Berets who have confirmed the role of Goudreau’s company, the involvement of Colombia, and those close advisers to Guaido.

Venezuelan Chief Prosecutor Tarek Saab said his office had requested the extradition of Goudreau, Rendon, and Vergara for their involvement in the "design, financing and execution" of the plan.

Meanwhile, Venezuelan Foreign Affairs Minister Jorge Arreaza said that the executive is considering adding to the complaint against the U.S. before the International Criminal Court (ICC), a political and criminal accusation against Ivan Duque's government, for allowing mercenaries to use Colombia for training and planning.