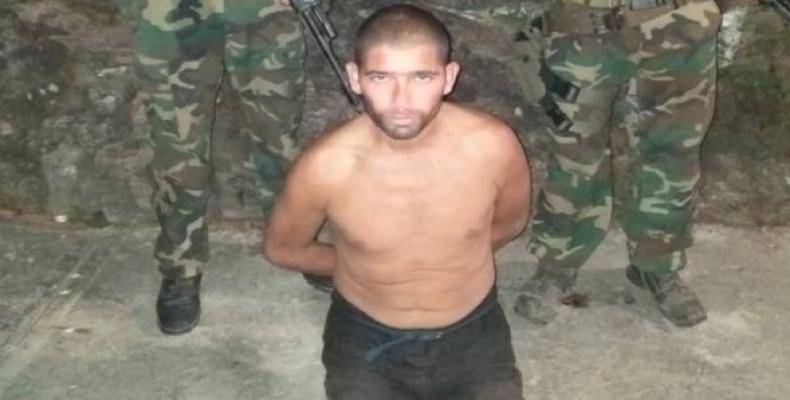 The Strategic Operational Command of the Bolivarian National Armed Force (CEOFANB) reported that the arrest was made in the Integral Defence Operational Zone (ZODI) of Aragua State, northern Venezuela.  The mercenary was identified as José Sanguino, who carried both Colombian and Venezuelan documents.

The command detailed in its tweet that in "the early hours of the morning the forces of the FANB captured another terrorist mercenary."  "We continue with patrols and searches in defense of our country!  Venceremos!  We will win!"

The capture took place when different Venezuelan courts decreed the measure of preventive deprivation of liberty against a group of people for the case of the so-called "Operation Gideon."  This group includes Antonio Sequea Torres, Víctor Pimienta Salazar, Gilbert Barillas Fernández and Josnars Baduel Oyoque, leaders of the armed incursion that was deactivated on May 3rd.

The charges against the more than 40 detainees include crimes of treason, rebellion and conspiracy with a foreign government, and crimes associated with terrorism with national jurisdiction.

Sequea Torres is accused of allegedly committing the crimes of intentional homicide with a degree of frustration in the person of the President of the Republic.

The Government of Venezuela maintained that with the armed incursion of last May 3rd, the United States intended to legalize the intervention against the South American country.  To date, Venezuelan authorities have captured 90 people involved in Operation Gideon, which was intended to kidnap and subsequently take President Nicolas Maduro to the United States, collecting a $15 million bounty on this head.