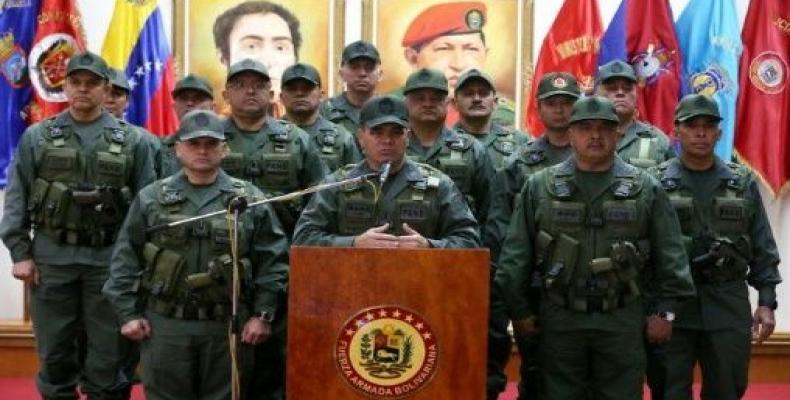 Padrino appeared on national television Tuesday, hours after an attempted military coup orchestrated by the country’s opposition with foreign backing was defeated by the Bolivarian forces.

Padrino blasted as false allegations by the opposition that they had occupied and taken control of La Carlota air base.

Referring to the coup plotters, Padrino charged: "They are cowards! We will stand firm in defense of the constitutional order and peace of the Republic, assisted as we are by law, reason, and history. Always loyal, never traitors!"

The Venezuelan defense minister said the coup plotters will be totally responsible for any violence and blood bath in the country. He further charged that 80 percent of soldiers and police involved in the coup attempt were deceived by the opposition.

“Violence and the use of forces can never be the path to Miraflores (the presidential palace),” Padrino said.

He added: “The country’s weapons are here to defend the country’s sovereignty and independence and not to advance the interests of any political group.”