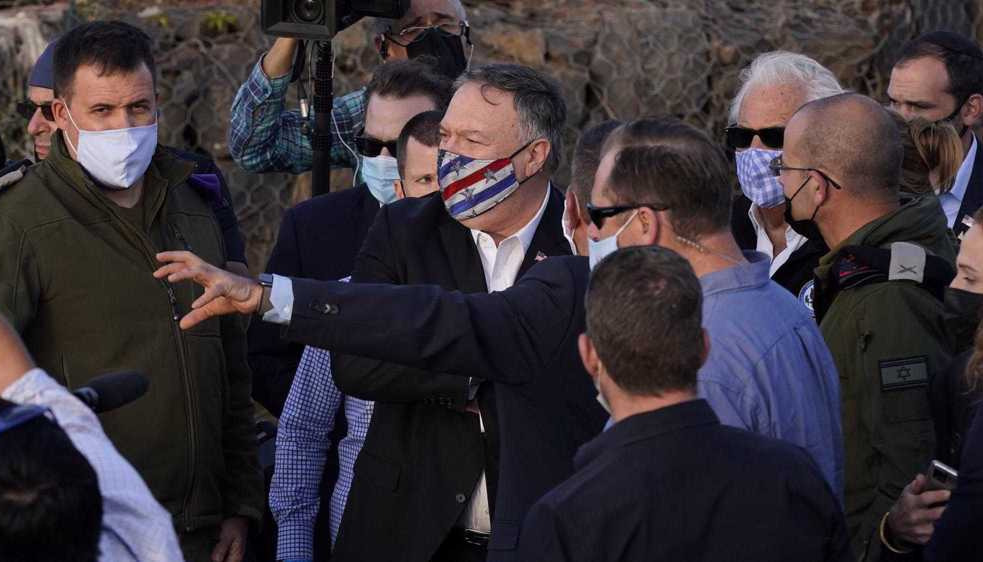 Secretary of State Mike Pompeo during a briefing by Israeli officials in the occupied Golan Heights. (Photo: AP)

Moscow, November 26 (RHC)-- Russia has censured as “a provocation” a contentious visit by U.S. Secretary of State Mike Pompeo to the Israeli-occupied side of Syria’s Golan Heights, saying the Arab country’s sovereignty and territorial integrity should be respected.

Vasily Nebenzya, the Russian ambassador to the United Nations, made the comments during a meeting of the UN Security Council on the situation in Syria on Wednesday, Russia’s Sputnik news agency reported.  “We continuously call for keeping Syria’s unity and respecting its sovereignty and territorial integrity and the abandonment of plots to divide and prolong the crisis in the country,” Nebenzya said.

He said “this applies to both eastern and western Syria, including the occupied Syrian Golan, and the visit by a high-ranking U.S. official is a provocation,” in an apparent reference to Pompeo.

Last week, Pompeo became the first U.S. secretary of state to visit the Israeli occupied Golan Heights, a territory the Israeli regime seized from Syria in the 1967 Six Day War and annexed four years later, in a move that was never recognized by the world community.

Over the past decades, Israel has built dozens of settlements in the Golan Heights in defiance of international calls for the regime to stop its construction activities on the occupied land.