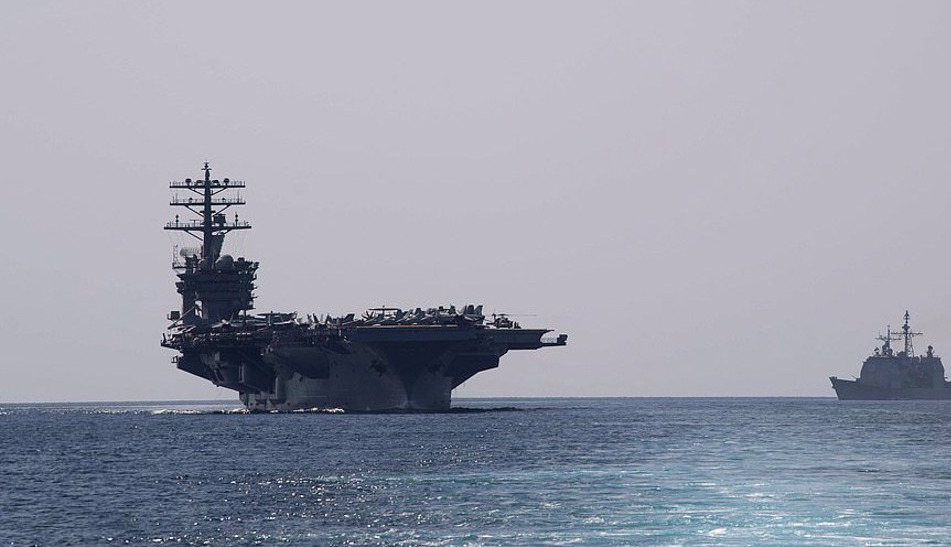 Washington, November 28 (RHC)-- The U.S. military is moving the USS Nimitz aircraft carrier back into the Persian Gulf along with other warships as tensions mount in the region following the assassination of a prominent Iranian nuclear scientist.

A defense official told reporters over the weekend that the deployment was meant to provide “combat support and air cover” for American troops withdrawing from Iraq and Afghanistan by January 15th before President Donald Trump leaves office.

The official claimed that the decision was made before news came Friday of the assassination of Iranian physicist Mohsen Fakhrizadeh, the head of the Defense Ministry's Organization of Defensive Innovation and Research (SPND).  “The movement would serve as message of increased deterrence to Tehran,” according to the official.

Fakhrizadeh was assassinated in a small city east of the capital Tehran in an ambush attack on his vehicle involving an explosion and machine gun fire.

One American official and two other intelligence officials confirmed to the New York Times that Israel was behind the attack.

Last week, Israel’s Channel 13 TV reported that Tel Aviv and Washington were planning to increase pressure on Iran with “covert operations” and economic sanctions during Trump’s final weeks in office.

The decision to deploy the Nimitz back to the region marks a rapid return of the aircraft carrier which only left the Persian Gulf for India early this month.  The movement also comes as the one-year anniversary of the assassination of Qasem Soleimani, the commander of the Quds Force of the Islamic Revolution Guards Corps (IRGC), is approaching early in January.