Mexico warns OAS not to interfere in Bolivia’s internal affairs 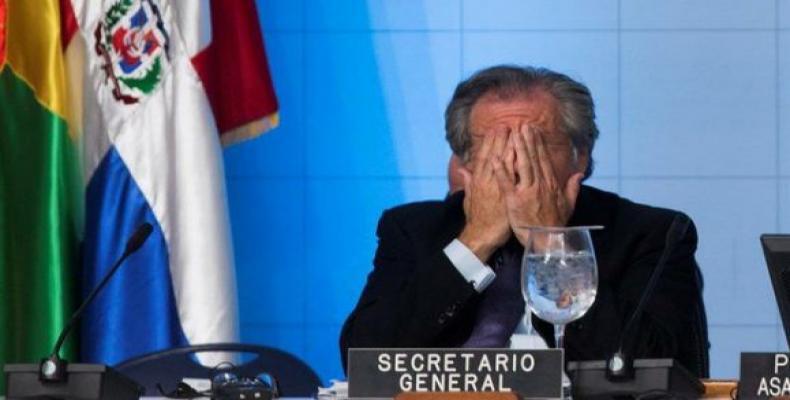 Mexico City, March 18 (RHC)-- The Mexican government reminded the Secretary General of the Organization of American States (OAS), Luis Almagro, to "conduct himself according to his faculties" and avoid interfering in the internal affairs of Bolivia, whose government of Luis Arce was democratically elected.

The Mexican position came through Efrain Guadarrama, general director of American Regional Organizations and Mechanisms of the Ministry of Foreign Affairs (SRE) and national coordinator of Mexico before the Community of Latin American and Caribbean States (CELAC), whose pro tempore presidency is held by that country.

Guadarrama censured Almagro's new attempt to intervene in what was resolved by the Bolivian justice authorities with the detention of Jeanine Áñez, who headed the de facto government after the 2019 coup d'état in that nation.

In that communiqué shared by the OAS, Almagro questioned the independence of the Bolivian justice system and proposed the creation of an international commission to take on investigations into corruption.  He also called for the release of Áñez and the former high-ranking officials who are in preventive detention.

Marcelo Ebrard, Mexican Foreign Minister, said, in response to Almagro's position: "We remind the OAS General Secretariat to conduct itself in accordance with its powers, promoting dialogue, consensus and the peaceful resolution of disputes in the hemisphere, and not polarizing the already divided organization.

We make a reminder to the General Secretariat of the @OAS_official to conduct itself according to its powers, promoting dialogue, consensus and the peaceful resolution of disputes in the hemisphere, and not polarizing the already divided organization.

In November 2019, Almagro played a leading role during the performance of an OAS electoral observation mission that unfoundedly denounced an alleged fraud before the triumph of Evo Morales, which resulted in a coup d'état, planned by the conservative opposition.