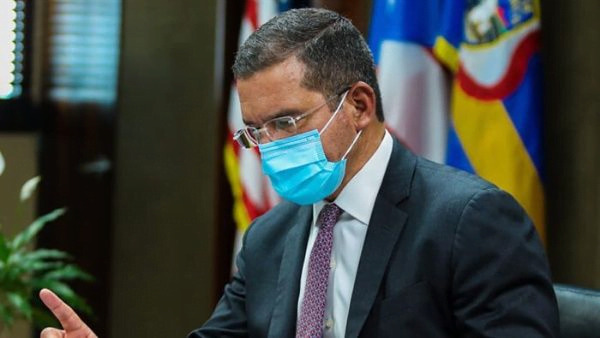 Governor Pierluisi explained that the rehabilitation of homes and communities affected by the hurricanes is a necessity for his administration. | Photo: www.telemundopr.com

San Juan, March 27 (RHC)-- Puerto Rican Governor Pedro R. Pierluisi has declared a state of emergency in the country's infrastructure due to damages caused since the 2017 hurricanes and 2020 earthquakes.

With the approval of Executive Order 2021-024, the Puerto Rican government intends to expedite the financing and issuance of recommendations, consultations, permits and construction of urgent infrastructure projects in order to address the damage caused by the natural disasters.

"The recovery and reconstruction of Puerto Rico is this government's most pressing priority. Therefore, we are acting diligently to expedite and maximize the reconstruction of Puerto Rico even more so when we have available more than $50 million in direct funds from the Federal Emergency Management Agency's (FEMA) public assistance and mitigation programs," Governor Pierluisi said in a press release.

According to the decree, all reconstruction projects must be addressed with agility and urgency, ensuring that they comply with current environmental regulations.

Governor Pierluisi explained that for his administration, the rehabilitation of affected homes and communities is a necessity, as well as revitalizing urban centers, improving the electrical system, aqueducts and reservoirs affected by the hurricanes.