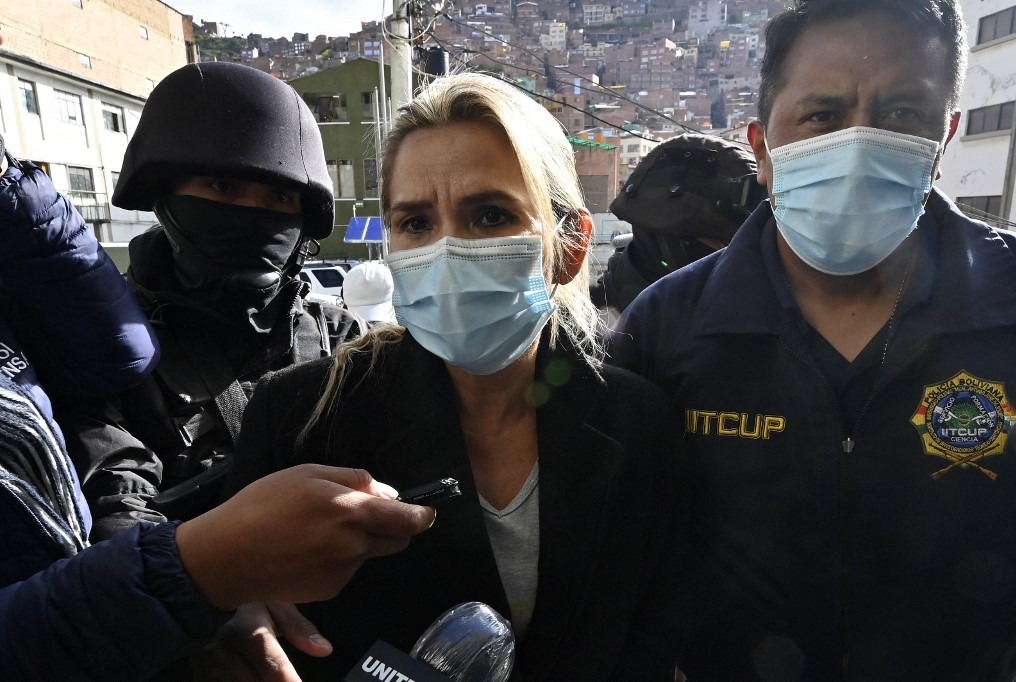 A whole story has been woven in these months by relatives, defense attorneys and political opponents about the lack of attention to the health of the former de facto president Jeanine Añez, who is in preventive detention in the Miraflores prison, in La Paz, for the case of the 2019 coup d'état in Bolivia and its unconstitutional seizure of power. However, reports from different agencies have disproved the whole plot devised.

In the last few days with total transparency the UN Office on Human Rights was able to learn about the situation of Áñez, on hunger strike. The UN commission recognized that the government and prison authorities have respected his decision. The experts noted that there has been no forced feeding or treatment.

At all times, the integrity of the self-proclaimed president has been watched over. Already in October 2021, the Inter-American Commission on Human Rights determined that the government of President Luis Arce has always taken into account the health of the detainee and rejected the request made by the defense for precautionary measures, in view of alleged threats, aggressions and lack of access to adequate medical treatment.

Unfortunately, the numerous victims of the coup d'état against the then president Evo Morales did not receive the same consideration and respect. As many family members point out, Áñez's rights are taken into account, he can receive visits from his relatives and has lawyers in charge of his defense, while they are left to mourn their dead from the violent repression unleashed by the coup authorities.

Under the pretext of an alleged fraud in the October 2019 elections, in which Morales was reelected, the coup d'état sowed chaos and political instability in the South American nation. Dozens of dead, hundreds of injured and close to two thousand arrested caused the unconstitutional action that only had the objective of appropriating power. Several studies and expert analyses evidenced that there were no irregularities in the elections, as claimed by the coup perpetrators, supported by the OAS, the Organization of American States.

The security forces perpetrated serious human rights violations, extrajudicial executions were carried out and torture was used, as well as sexual and gender violence.

The massacres of Senkata, in El Alto, and Sacaba, in Cochabamba, carried out within four days of each other, are also well known. Police brutality against demonstrators opposed to the coup left 20 dead and some 200 wounded.

But the actions against Bolivians continued after the arrival of COVID 19. The management of the de facto government, headed by Áñez, was dismal in the face of the disease caused by the new coronavirus. The country registered high rates of contagion and deaths.

Moreover, acts of corruption also came to light, such as the overpriced purchase of 170 pulmonary ventilators destined for intensive care units, which did not have the required conditions to treat the sick.

The coup perpetrators never thought about the health of Bolivians. They even rejected the help offered by Cuba to provide medical attention to those infected with the virus. Let us remember that after the coup they persecuted and expelled the Cuban specialists who had helped to improve the nation's health indexes under the mandate of the MAS, Movement Towards Socialism.

Unlike Áñez and the other coup perpetrators, the constitutional government of Luis Arce is concerned about the observance of the human rights of every Bolivian, regardless of their political preferences.