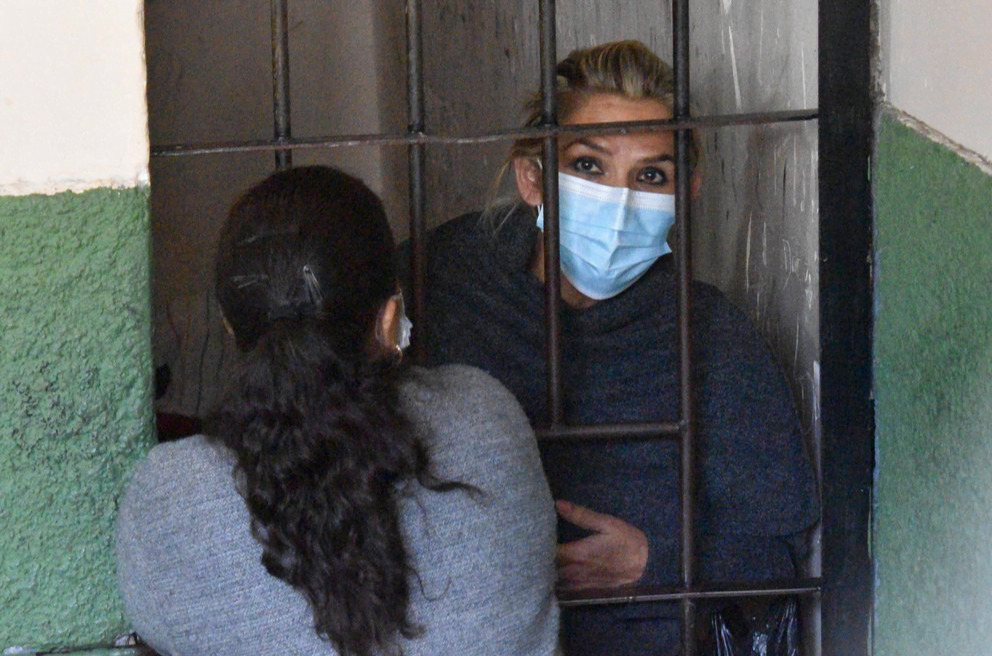 ​As a result of the coup d'état against Evo Morales in 2019, a popular resistance was unleashed and repressed by the de facto government headed by self-proclaimed 'president' Jeanine Áñez. ​​

La Paz, October 3 (RHC)-- A Criminal Court of Instruction in the city of La Paz, Bolivia, has extended for five more months the preventive detention of former de facto president, Jeanine Añez, as well as two former ministers investigated for the crimes of terrorism, sedition and conspiracy.

In this way, the judge responds positively to the request for the judicial measure by the Public Prosecutor's Office, which includes former Justice Minister Álvaro Coimbra and Energy Minister Rodrigo Guzmán, who must remain detained in the San Pedro prison, in La Paz.

Áñez is in preventive detention accused of committing crimes of sedition, terrorism and conspiracy during the coup d'état of November 2019, which left 37 people dead, 804 wounded and thousands persecuted and tortured, according to reports from various human rights organizations and the Prosecutor's Office itself.

The request to keep the former senator in prison is based, according to the prosecution, on the risk of flight and obstruction of the judicial process.  The defense of the former de facto governor filed an appeal for a higher court to review this precautionary measure in the process at the request of former congresswoman Lidia Patty.

During the week, the Justice had already ruled against considering Añez as constitutional ex-president, so the judicial process is being followed in her condition of ex-senator.

Former Assemblywoman Lidia Patty has also filed criminal complaints against other Bolivian politicians who supported the coup d'état against Evo Morales in what is considered a continuation of the same case against Añez.