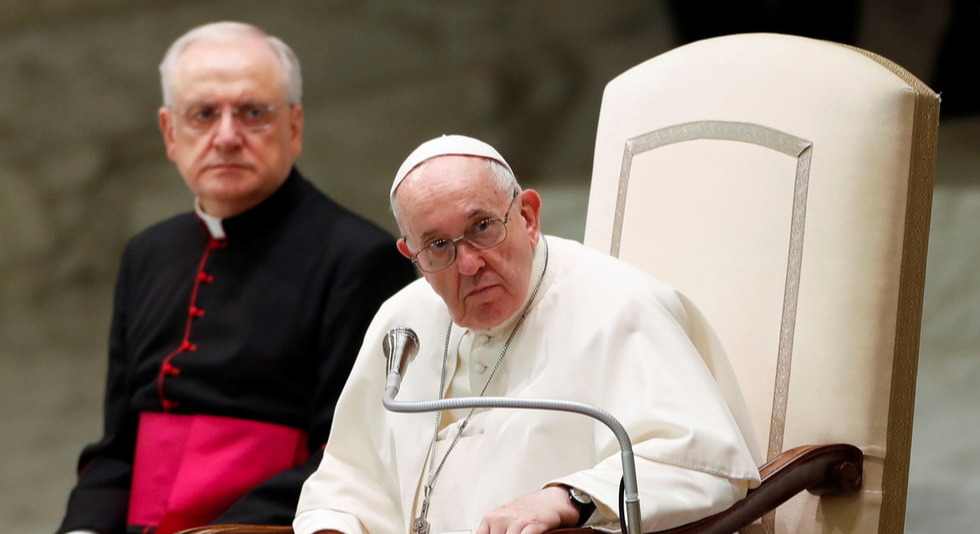 Pope Francis has expressed sadness and shame over the Church's inability to deal with the sexual abuse of children by the clergy in France.

Vatican City, October 6 (RHC)-- The Catholic Church's leader Pope Francis has expressed sadness and shame over the Church's inability to deal with the sexual abuse of children by the clergy in France.

Pope Francis' expression of regret came after an independent commission investigating sexual abuse in the Roman Catholic Church in France published a 2,500-page document on Tuesday, revealing abuses committed by priests and other people involved in the church.  The report reveals that an estimated 316,000 children have been subjected to “systematic” abuse within the French Catholic Church over the past 70 years.

"I would like to express to the victims my sadness, sorrow for the trauma they have suffered and also my shame, our shame, for the Church's inability, for too long, to put them at the center of its concerns," the pontiff said on Wednesday.

Speaking at Vatican City during a weekly address to the general public, he called on the Catholic Church leaders to make every possible effort to ensure that "similar tragedies do not happen again."  And the Pope insisted that the Church needed to turn itself into a "safe home for everyone."

Meanwhile, the Catholic Church is gradually reacting to the report of the independent commission.  Olivier de Germay, the archbishop of Lyon, expressed his "shame" and asked for "forgiveness" on Tuesday afternoon.   "I ask their forgiveness," Germay said, addressing the victims targeted by pedophile priests and other church members.

The independent commission probing the sexual abuse of minors by church members revealed that thousands of pedophile priests had operated inside the French Catholic Church since 1950.

The head of the commission that compiled the report accused the Church of showing indifference toward the abuse of children for years.   Many of the abuse victims were aged between 10 and 13.