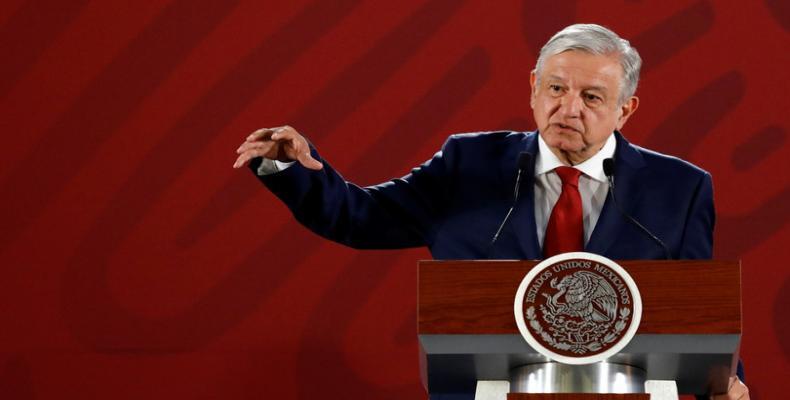 Mexico City, May 19 (RHC)-- The president of Mexico, Andrés Manuel López Obrador, has announced that he will ask U.S. officials that Washington initiate during the Summit of the Americas a new regional policy without hegemony, interference or impositions.

During his usual press conference from the National Palace, the head of state again addressed the intention already expressed by the White House to exclude Cuba, Nicaragua and Venezuela from the summit, scheduled to be held next June in Los Angeles, California.

He stated that "the Summit could help initiate a new policy and I have confidence in President (Joe) Biden.  I believe that he could take this step and reverse all that anachronistic, unjust policy of subordination, of lack of respect for the independence and sovereignty of the peoples."

During the exchange with the press, AMLO stated that "a change in the world's foreign policy is necessary.  It is no longer possible to continue, in the case of America, with the Monroe Doctrine or with the slogan that 'America for the Americans' or to maintain the struggles that originated during the Cold War".

He stressed that the current moment at the hemispheric level should not be characterized by hegemony, interference and impositions, but by relations of friendship, cooperation and unity of the peoples.

He argued that "it is a time of opportunity and of gathering the best in the relations of the United States with the countries of the Americas", and of seeking reconciliation without confrontation and with full respect for the political diversity, idiosyncrasy and independent character of each country.

"I have this dream that in Los Angeles we will unite all the countries of America and this point of view is no longer only ours because other governments are proposing it.  I believe that Biden could initiate this new stage and become the conductor of this new policy," the Mexican president emphasized.

Previously, AMLO stated that he will not attend the Summit if Washington does not invite Cuba, Nicaragua and Venezuela.  The President of Bolivia, Luis Arce, and the nations of the Caribbean Community (Caricom) made similar statements.