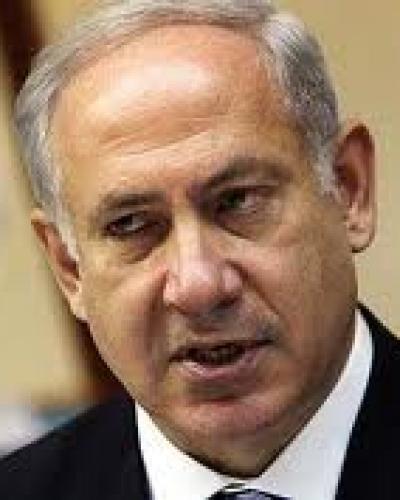 Netanyahu stepped up the Zionist regime's belligerent rhetoric against Iran during his speech at the 69th annual session of the UN General Assembly in New York on Monday. Observers note that his comments are reminiscent of the fact that the ISIL terrorists have never launched an attack against the Israeli regime's interests although they commit atrocities against all other communities in the region.

Also, Tel Aviv has never confronted the militants since they took control in the nearby Syria and Iraq. The Israeli prime minister claimed that "ISIS must be defeated, but to defeat ISIS and leave Iran as a threshold nuclear state power is to win the battle and lose the war."

Last week, Press TV released exclusive footage that showed the Takfiri terrorists in the Israeli-occupied Golan Heights in Syria. In the video provided by correspondents in the region, black-clad masked terrorists are seen holding weapons as several vehicles pass by. The footage is not the first indication that Tel Aviv is working hand-in-glove with the foreign-backed militant and terrorist groups inside Syria.

Since 1958, when Israel began building its Dimona plutonium- and uranium-processing facility in the Negev Desert, it has secretly manufactured numerous nuclear warheads, making it the only player in the Middle East that possesses nuclear weapons.

Former U.S. President Jimmy Carter has attested to the existence of the Israeli nuclear arsenal, which he said has between 200 and 400 warheads.