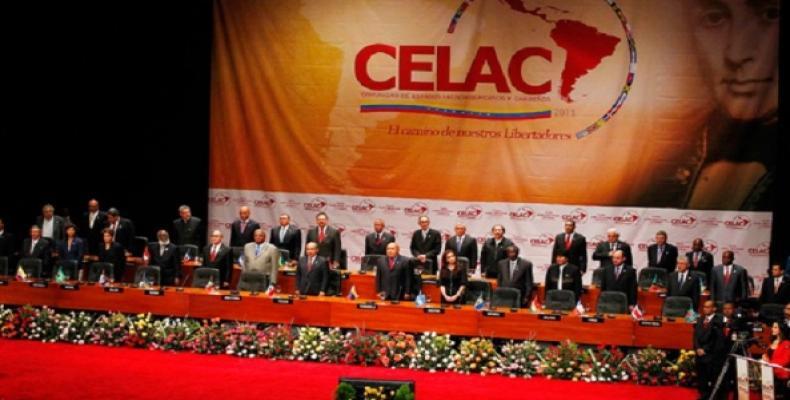 San José, January 12 (RHC-teleSUR) -- Acting Foreign Minister of Costa Rica, Eduardo Trejos, told Prensa Latina that everything is ready for the Third Summit of the Community of Latin American and Caribbean States (CELAC), which will be held in Costa Rica January 28th and 29th.

The meeting will be preceded by a meeting of the foreign ministers of the member countries on January 27th.

Trejos stated that the 33 heads of State and Government of member countries are expected to attend. CELAC was created in December 2011 on the impetus of former Venezuelan President Hugo Chavez.

The late Venezuelan president sought to forge regional alliances and blocs such as CELAC, UNASUR and ALBA in order to break free of U.S. dominance in the region. Unlike the Organization of American States, the imperialist powers in the region, the U.S. and Canada, are not member countries.

Foreign ministers from the Community of Latin American and Caribbean member states recently met in Beijing for the two-day CELAC-China summit. China committed to invest 250 billion USD over the next decade in the 33 countries that make up the CELAC body.