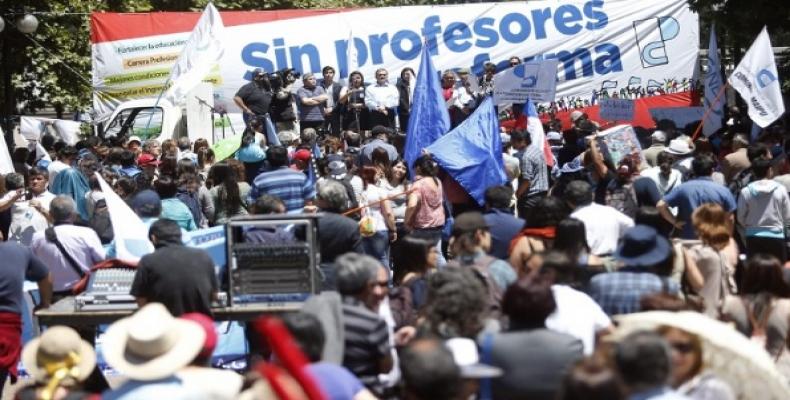 Jaime Gajardo, president of the union, said teachers would hold meetings several times a day during their indefinite strike to explain the movement to the community. Teachers are demanding changes to key aspects of the bill. They are opposed to the implementation of certification exams and are demanding better salaries and working conditions.

Secondary students, who marched last week for free quality education and to protest police violence, have supported the strike and will join in another march on Wednesday.

The project, pushed forward by President Michelle Bachelet, has been met with strong resistance from education workers in Chile, who feel they have not been consulted and listened to in the elaboration of this bill.

Teachers are questioning the education aspect itself, which they say is too neo-liberal and will not help the country aspire to becoming a world leader in education. University of Chile Professor Miguel Urrutia told teleSUR this type of law doesn’t enable much change, and doesn’t represent the interests of teachers and students, but rather those of the class which has benefited for 40 years of imperial neo-liberalism in Chile.

Activities came to a halt today on the first day of the strike, which registered a 90 percent approval rate in the capital Santiago de Chile.