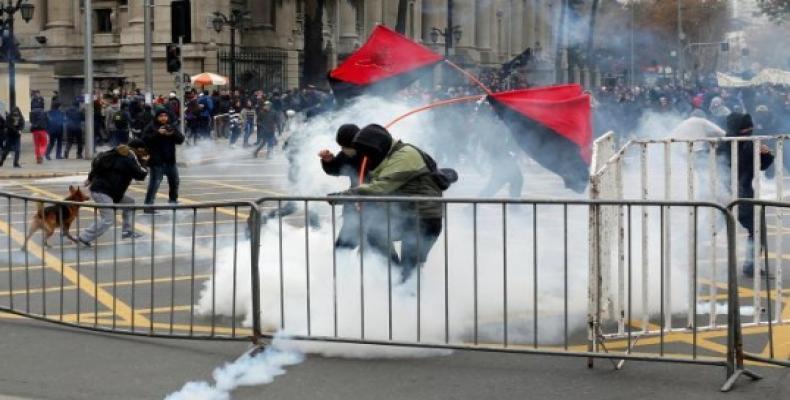 Student unions and movements across the country pledged their participation in the march on social media and prepared for the national day of action with banners bearing calls for "non-profit education” and other demands.

Waves of student protests in recent months, which have sometimes turned violent as demonstrators clashed with police, have slammed the government for moving too slowly to implement pledged education reforms.

Under pressure from massive student protests that erupted in 2011, Bachelet signed off on a plan to provide free university education last year.