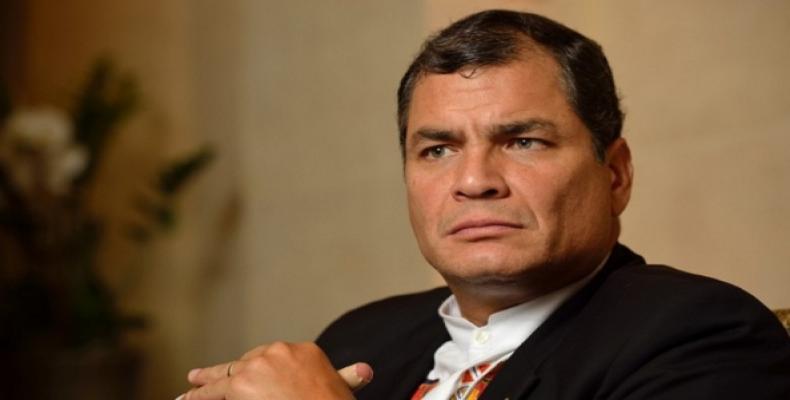 Quito, July 30 (teleSUR-RHC)-- Ecuadorean President Rafael Correa said on Thursday his government backs the normalization of relations between the United States and Cuba, but condemned Washington's aggressions against Venezuela.

During the Summit of the Americas celebrated in Panama last April, Correa said that President Obama “committed an historic mistake by issuing an executive order against Venezuela and by imposing sanctions on the South American country.”

The announcement of normalization of relations with Cuba and the reopening of embassies in each others capitals represents an “historic event and a political turnaround, and it is a bilateral issue between Cuba and the United States, but we back this process,” Correa told reporters.

Obama should have been received at the Summit of the Americas as the U.S. president that made history by amending relations with Latin America, but instead he made the grave mistake of carrying out an aggression against the people of Venezuela through his “imperialistic decree.”

Meanwhile, former U.S. Secretary of State Hillary Clinton, who is on the campaign trail to win the presidential bid for the Democratic Party, is expected to urge Congress to lift the over five-decade blockade on Cuba. Clinton is scheduled to be in Miami Friday to deliver a speech at Florida International University and to participate in the National Urban League forum, according to her campaign office. She is expected to criticize Republicans who insist on defending policies against Cuba that have proven to be a failure.