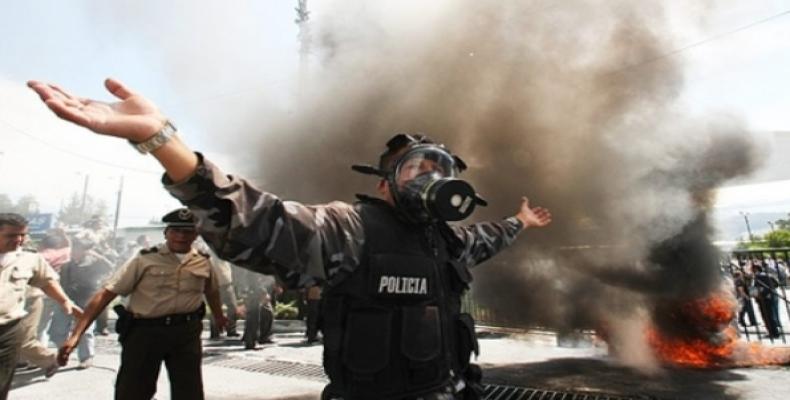 Quito, August 4 (teleSUR-RHC)-- Ecuadorean President Rafael Correa called on the police and military on Monday to be ready for destabilizing attempts by opposition groups ahead of a national strike set for mid-August.

“We need to be ready to confront them with the weapons of the law and the Constitution,” Correa said according to local news agency La Hora. ”To fight for the homeland, dear soldiers —without hoping for compensations— that's the vocation of the truly uniformed.”

The announcement comes as two separate waves of political protest are set to shake the country later this month. The Indigenous political group CONAIE called for an “uprising” on August 10 while trade unionists and opposition leaders have organized a separate national strike for August 13.

Correa reminded the armed forces and the military that, “above all,” they must obey orders from the “only legitimate power; the one that emanates from the sovereign people” and the” maximum representative of this legitimate power is the president of the Republic.”

Securing the police's loyalty has a contentious past in Ecuador. In 2010, the military and the police conspired in events that saw President Correa injured and later detained against his will in a coup attempt.