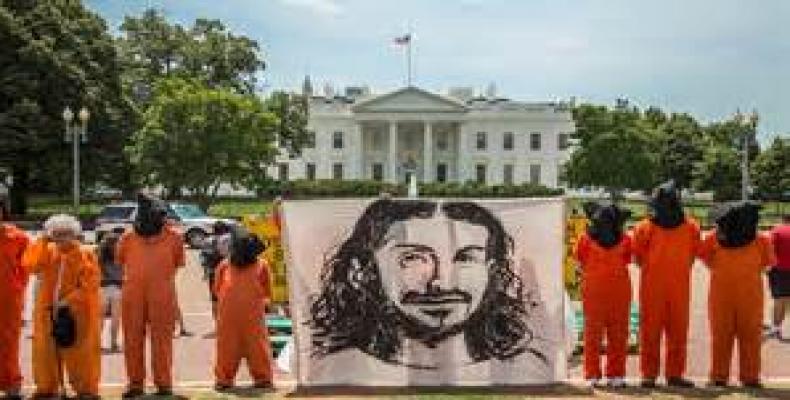 Washington, August 21 (RHC)-- The Barack Obama administration has blocked a legal request to free a Guantánamo Bay prisoner who has been on hunger strike for eight years.

In a rare move, the Justice Department opposed the release of Tariq Ba Odah in secret through a filing which was kept under seal. Ba Odah has dropped to 74 pounds after years of refusing food and being force-fed through a nasal tube. He was cleared for release in 2009.

In a statement, Ba Odah’s attorney with the Center for Constitutional Rights called the Justice Department’s secret filing to prevent his client’s release "a transparent attempt to hide the fact that the Obama administration’s inter-agency process for closing Guantánamo is an incoherent mess."