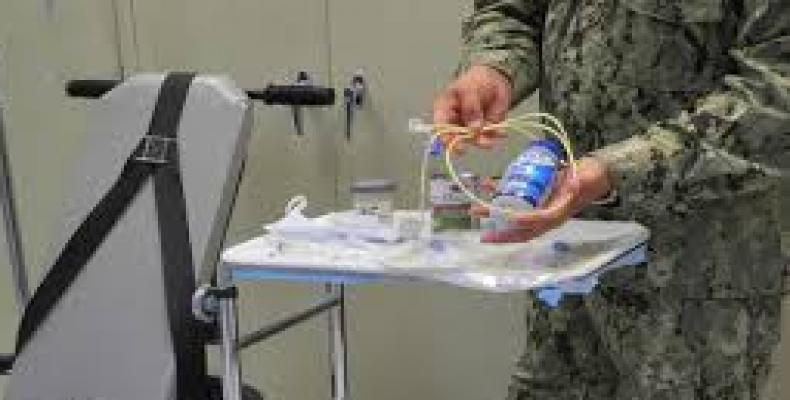 Washington, September 16 (RHC)-- After a lengthy legal battle, the Barack Obama administration has given a court redacted versions of eight videotapes showing force-feedings of prisoners at Guantánamo Bay.

The Guardian reports the U.S. Justice Department’s disclosure came nearly a year after a federal judge first ordered the disclosure of the eight tapes.

An attorney for Abu Wa’el Dhiab, one of the prisoners whose force-feeding is shown on the tapes, called them a "national scandal." Dhiab’s attorneys and news outlets will now fight for the public to see the tapes.