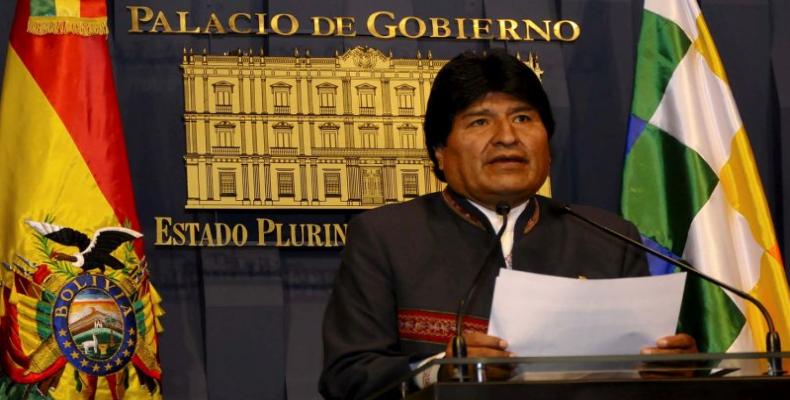 La Paz, September 26 (RHC) -- The Bolivian Congress voted on Saturday to change the country's constitution to allow President Evo Morales run for re-election again in five years, and potentially extend his presidency to 2025.

The changes must be ratified by a national referendum set for February 21, 2016.

The leftist president, a member of the Aymara indigenous group who was easily re-elected last year to another five year term, has been in power since 2006.

The Congress approved the constitutional changes by a two-thirds majority after 18 hours of debate.

The amendment stipulates that Morales's re-election in 2014 counts as the first of two consecutive presidential re-elections allowed under the rule change.

His first two four years terms as president do not count because they were won under a previous constitution.