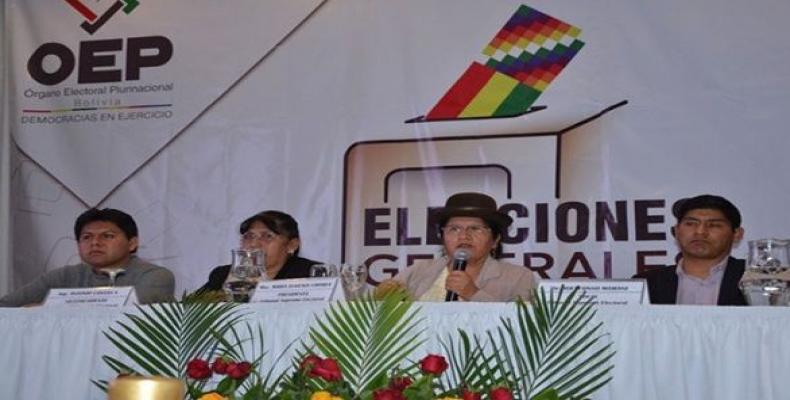 Morales, leader of the Movement to Socialism (MAS) gained 47.07 percent of the nation's popular vote, enough to put him 10 percentage points above his closest rival, Carlos Mesa who garnered 36.51 percent of votes.  A final, official proclamation by the TSE is still pending.

Bolivia's electoral law requires 50 or more of the votes plus one for a candidate to be declared winner, or 40 points with a 10 percent advantage.  Morales has now been declared president during the first round of elections, making a second round unnecessary.

There have been clashes between defenders and detractors of Morales with security forces in regions such as Santa Cruz and Cochabamba all this week as tensions have risen since the ballots were cast on Sunday, October 20.

After an almost final vote count that gave him a sufficient advantage to avoid a second round, Morales said that the election observation mission of the Organization of American States (OAS) slandered him by raising what he called "serious doubts" about the official count and impartiality of Sunday's election.

The OAS local team on Thursday recommended that Bolivia convene a second round after an unexpected interruption of vote counting and a sudden change of trend in favor of Evo Morales, which led to protests and accusations of manipulation by the opposition.

"The OAS mission is already in a coup d'etat," Evo said during a press conference, in which he again accused his main rival, former president Carlos Mesa, of trying to steal his victory.   "It is an internal and external coup d'etat. The OAS as a whole should evaluate ... the mission that has come," he added.

In third place is the Presbyterian pastor of Korean origin Chi Hyun Chung, of the Christian Democratic Party who took away 8.78 percent of the vote.