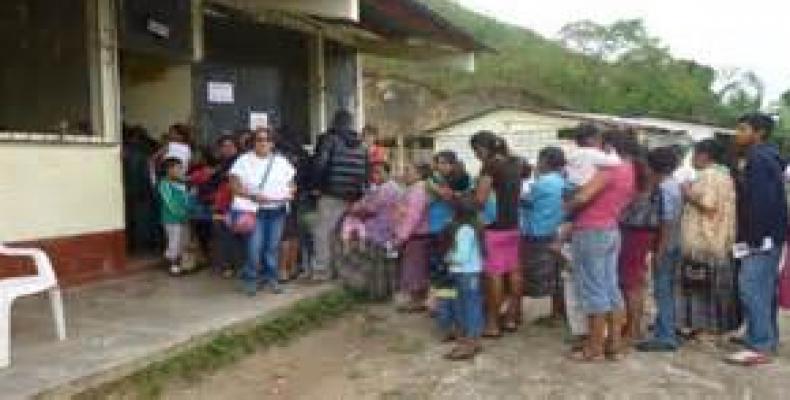 Guatemala City, October 12 (RHC)-- The Cuban doctors who have been working in Guatemala since Hurricane Mitch hit that nation in 1998 have given over 38.8 million medical consultations to date.

Medical brigade coordinator Doctor Manolo Torres said that the Cuban doctors treated patients in their own homes which, according to the doctor, is a main pillar in the work of the specialists, formed by the Cuban Revolution.

The brigade includes 445 medical workers, who have received the acknowledgement of the Guatemalan people for their commitment to treat everyone even in the most remote areas of the Central American nation.

The doctors are currently deployed in 19 provinces, 70 percent of the country, as they work in 23 medical brigades under the integral health program plus four eye-treatment centers, said Cuban ambassador Carlos de Cespedes in statements to the local Al Dia website.

On November 5th, the Cuban medical contingent in Guatemala will mark its 17th year in that country after having treated more than two million 200,000 patients.

Cuba's medical assistance to Guatemala has also included the graduation of 1,000 local doctors over the past years, thanks to the scholarships offered by the Havana-based Latin American School of Medicine.