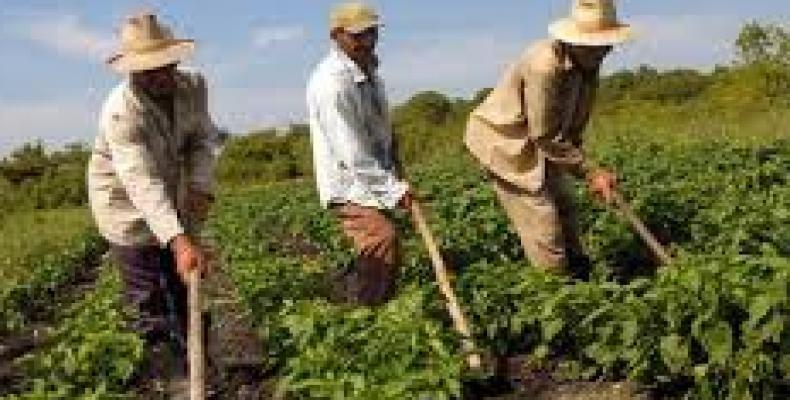 Havana, May 18 (RHC) –- The Cuban Small Farmers Association, ANAP, founded by Fidel Castro 54 years ago, plays a front-line role in the ongoing reform of the country's economic model and is stronger than ever before.

The statement was made by the Second Secretary of Cuba's Communist Party, Jose Ramon Machado Ventura, in his closing remarks of the 11th Congress of the farmer's organization, which wound up Sunday in Havana with the attendance of some 700 delegates from all over Cuba.

Machado Ventura insisted on the need to increase agricultural production, particularly of livestock, coffee, bee honey, sugar cane, fruits and other crops that constitute staples of the Cuban diet.

The Party leader said the farmers with the association, who contribute 70 percent of the country's agricultural production, can also help lower produce prices at local markets, which remain high due to inflation.

The high prices of agricultural products and their impact on the purchasing power of ordinary Cubans were in the spotlight of debates during the congress.