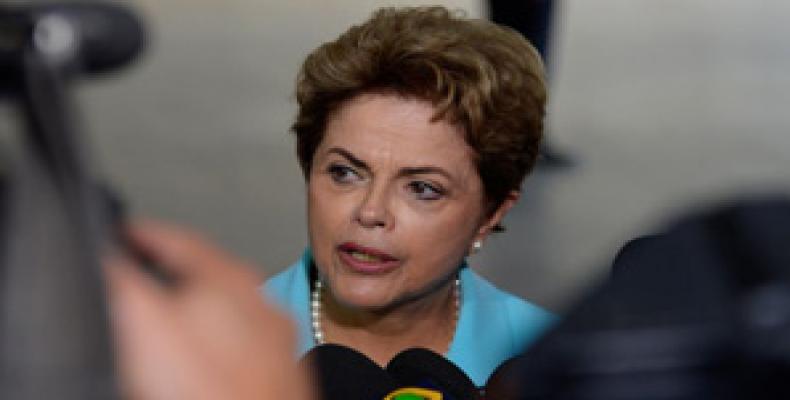 Basilia, May 18 (RHC-NNN) -- The Worker's Party, or PT, of suspended President Dilma Rousseff, asserted that Brazil is experiencing a "coup" and announced a campaign to do away with interim President Michel Temer.

PT president Rui Falcao said after a meeting of the national party directorate in Brasilia, party members had agreed to continue "fighting the coup" and that actions will be undertaken to raise society's awareness of the need to get rid of Temer.

Falcao, who referred to Brazil’s acting president as a "coup leader," "illegal" and a "usurper," said that the PT may call a large national demonstration on June 1, when Rousseff's defense will possibly be presented before the Senate, tasked with the holding of an impeachment trial against deposed President Dilma Rousseff.

Falcao said also that the PT and Brazil’s progressive forces “do not and will not recognize the Temer government," which has among its aims ending the social programs implemented by Rousseff and her predecessor, Luiz Inacio Lula da Silva.

The PT leader said he was convinced that Rousseff will prove her innocence and demonstrate that no supposed crimes are contained in the accusations against her.