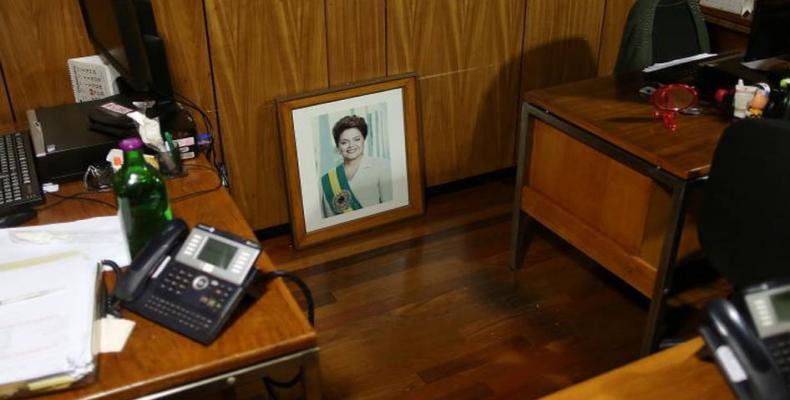 The statement came as the country’s Supreme Court published testimony given by executives at JBS, Brazil’s largest meatpacking company, indicating that Temer took 15 million reais ($4.6 million) in bribes from the company.  Earlier, Brazil’s O Globo newspaper reported that Temer had been recorded approving the secret payment to silence a former lawmaker in jail for corruption.

The tape revealed that Temer had given his blessing to hefty bribes in the name of keeping a key witness, Eduardo Cunha, quiet in the country's largest-ever corruption investigation, known as Operation Car Wash.  Cunha, the former speaker of the lower house, the chief mastermind behind the parliamentary coup against former President Rousseff and an ally of the unelected president, was sentenced to 15 years in jail in March for corruption, money laundering and tax evasion.

The Federal Supreme Court has approved a probe into the possible obstruction of justice by the president.  It also suspended Senator Aecio Neves, a Temer ally who was also embroiled in the wiretap scandal.

In the midst of the crisis, opposition and allied leaders alike have called for the embattled president to resign.  “The resignation of the President has become an imperative not to aggravate the crisis even further. The Temer government ended today,” Carlos Siqueira, national president of the Brazilian Socialist Party (PSB), was quoted by local media as saying.

Temer's administration has been embroiled in corruption scandals since it came into power last year after ousting Rousseff in what many both in Brazil and internationally have labelled a parliamentary coup.

The president already faces the possibility of being unseated through a trial set to restart next month in the country's top electoral court. The case probes alleged illegal campaign funding in Rousseff's successful bid for re-election in 2014 with Temer as her running mate and could ultimately annul the election results.

Brazil's presidential system has no provision for calling elections before the end of the four-year presidential term, so this would require a constitutional amendment, a drawn out process which requires a three-fifths majority in Congress.

Across Brazil thousands took to the streets to demand the removal of Temer, from Brasilia to Rio de Janeiro.  São Paulo, Recife, Fortaleza, Belo Horizonte and Porto Alegre also saw large protests, according to the Rio Times.