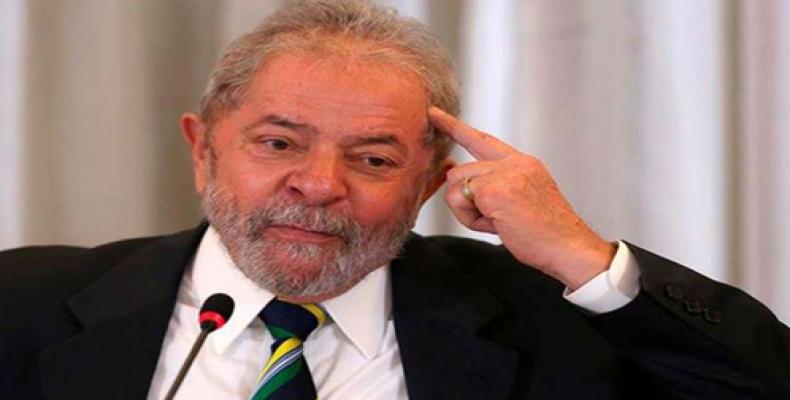 Brasilia, July 22 (RHC)-- Former Brazilian President Luiz Inacio “Lula” da Silva, who currently faces nine and a half years in prison on alleged corruption charges, was condemned without “credible evidence of guilt being produced, with the overwhelming proof of his innocence being brazenly ignored,” according to defense lawyers Cristiano Zanin Martins and Valeska Teixeira Zanin Martins.

The defense lawyers maintain that the charges against Lula, who was the highest polling potential candidate for next year's presidential elections, are without substantial evidence, and are politically motivated.

The process, he said, is “lawfare,” or the use of laws to demonize and neutralize a political enemy. Moro ordered the freezing of Lula's assets earlier this week, freezing bank accounts and barring him from three apartments, two cars, and some property.

The Workers Party of Brazil released a statement condemning the seizure. “Moro decreed a sentence to smother him economically, depriving him of his home, of the means to sustain himself and even defend himself from the false accusations,” the statement said.

Lula was found guilty by the judge of allegedly accepting bribes from the engineering firm OAS in the form of a beachfront apartment in Guaruja. The charges are being appealed.