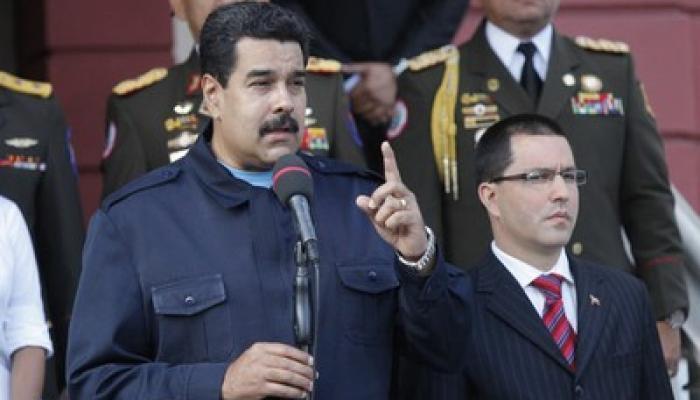 Caracas, May 23 (RHC)-- Venezuelan authorities have arrested Coromoto Rodriguez, the head of security for opposition politician and president of parliament Henry Ramos Allup, on suspicion of planning attacks against police officers during an anti-government protest.

President Nicolas Maduro said that the "mastermind who paid these terrorists to beat this female police officer is already in jail.  He was captured, he will be tried and sent to a maximum security prison. He's an old torturer from the Fourth Republic."

The website of Alba City's radio station 96.3 published a report detailing Coromoto's sordid history as an administrator of torture for the right-wing Venezuelan government in the 1970s.

Allup's security head reportedly has 57 trips abroad and received training in Israel and the United States but has no official record in the security forces.  The report alleges that Coromoto was involved in the torture of important political figures such as the father of former Venezuelan Vice President Jorge Rodriguez.

On Wednesday, Venezuelan Interior Minister Gustavo Gonzalez reported that seven people were arrested in Caracas for allegedly assaulting police during the opposition protest.  The minister showed footage of protesters beating police and said that one of the detainees "confessed that a group of youths received funding from the security chief of a deputy in the right-wing of the National Assembly to participate in violent actions."

Ramos, of the Democratic Action party which holds the second highest number of seats in the opposition coalition known as the Democratic Roundtable, has been a vocal supporter of efforts to overthrow the Bolivarian Revolution.

The opposition is attempting to have the National Electoral Board (CNE) validate 1.8 million signatures to initiate a recall referendum against Maduro.  The protest was meant to put pressure on officials within the CNE to speed up the process.  As of now, the signatures remain unverified.