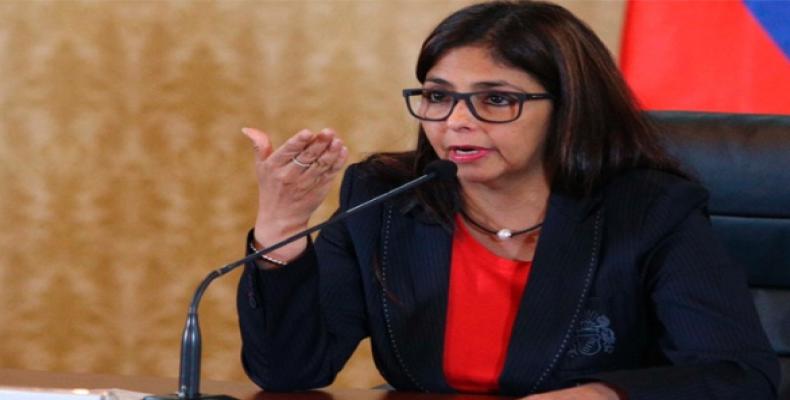 Caracas, October 5 (RHC)-- Venezuelan Foreign Minister Delcy Rodriguez has lodged a complaint against the Speaker of the National Assembly Henry Ramos Allup, accusing him of contempt and for promoting insurrection against President Nicolas Maduro and other public officials.

Foreign Minister Delcy Rodriguez formally filed the compliant with the Public Prosecutor of Caracas.  Specifically, Rodriguez claims that Ramos Allup, who leads the opposition-controlled National Assembly, has conducted actions that are beyond his authority -- such as calling on the Organization of American States to intervene in the country's political affairs.

Along with other hardline opponents like Maria Corina Machado and Henrique Capriles, he has also promoted what the government calls a "coup attempt" that seeks to overthrow the Nicolas Maduro administration.