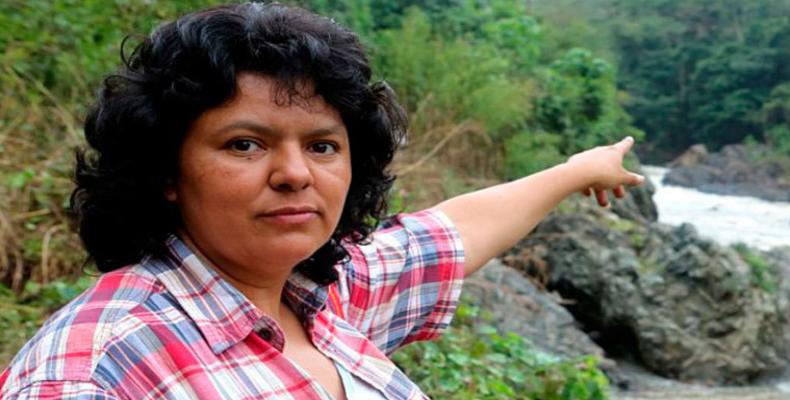 London, June 27 (RHC)-- U.S.-trained Honduran forces had the murdered Indigenous activist Berta Caceres on a hit list, and many who resisted orders to kill have now disappeared, according to a report published by The Guardian.

The list, which included notable peasant activists fighting for land rights, was handed to a military police unit by the Inter-institutional Security Force (Fusina) months before the murder of the award-winning environmental activist in March.  A former member of the unit, who fled the country and still fears for his life, told the Guardian over the phone that he saw the list and, like many of his colleagues, refused to comply.

“The lieutenant said he wasn’t willing to go through with the order as the targets were decent people, fighting for their communities,” the first sergeant, identified under the pseudonym Rodrigo Cruz, told the Guardian. “He said the order came from the joint chiefs of staff (and) he was under pressure from the Xatruch commander to comply.”

Cruz, whose identity the Guardian identified, said that his unit commander and members also fled the country, and he worries that the 10 that have not been heard from were killed.

The elite unit was created to replace a civilian police force and is among the recipients of $200 million in U.S. aid and $750 million from the Alliance for Prosperity fund distributed within the Northern Triangle.  Honduran police and military forces also receive funding from the U.S. National Defense Appropriations Act, which President Barack Obama has wanted to raise, and accepted a US$60 million loan from the Inter-American Development Bank, approved by the United States.