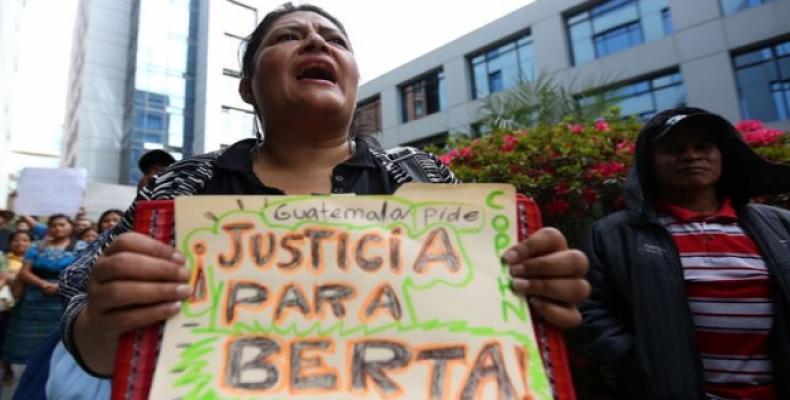 Tegucigalpa, May 3 (RHC)-- Honduran authorities have arrested four men in connection with the murder of environmentalist Berta Cáceres.  She was gunned down in her hometown of La Esperanza last month.

For more than a decade, Berta Cáceres led the struggle against the Agua Zarca Dam, planned along a river sacred to her people, the Lenca.  Last year she won the prestigious Goldman Environmental Prize.  She had faced repeated death threats, but continued to work for social and political justice in Honduras.

Honduran authorities arrested Sergio Rodríguez Orellana, a manager for social and environmental issues for DESA, the company building the Agua Zarca Dam, and Douglas Geovanny Bustillo, who has worked for a security firm hired by the dam project.  The other two are reportedly a Honduran army major and retired captain.

Berta Cáceres’ family has called for an independent investigation, saying they have been excluded from the Honduran government’s probe.  In a statement, the family said: "Because we have been denied our right under Honduran law to participate in the investigative process from the beginning, we have no way of knowing if these arrests are the product of an exhaustive and diligent investigation, nor do we know if they include those who ordered the assassination.

The news of the alleged participation of active and retired members of the military linked to DESA in the assassination should be investigated further and indicates involvement by state agents which is enough reason for the immediate suspension of and a definitive end to the Agua Zarca hydroelectric project."